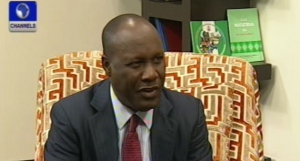 The chairman of the Code of Conduct Bureau, Mr Danladi Umar, is threatening to strike out the charges of bribery and false declaration of assets preferred against former Minister of Niger Delta Affairs, Mr Godsday Orubebe.

‎Mr Umar made the threat in Abuja on Wednesday after the prosecution failed for the third time on Wednesday to open its case against Mr Orubebe and call its witnesses.

The Tribunal Chairman, however refused to accede to the request by the defence counsel, Mr‎ Selekowei Larry, to strike out the case.

Instead, he announced that the prosecution would be given one more chance to open its case failing which the Tribunal will strike out the case for them to put their house in order.

The name, Orubebe, became well known in Nigeria after he attempted to scuttle the 2015 election, accusing the electoral body and its boss at that time, Professor Attahiru Jega, of being bais.