Orubebe Accuses Jega Of Being Tribalistic, Selective And Partial 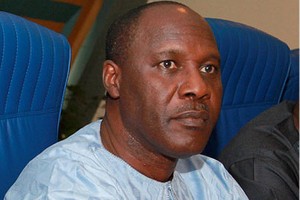 Former Minister of Niger Delta Affairs, Elder Godsday Orubebe on Tuesday accused the Chairman of the Independent National electoral Commission (INEC), Prof Attahiru Jega of being ” tribalistic, selective and partial” in dealing with issues of irregularities raised during the just concluded Presidential and National Assembly elections.

Mr Orubebe was speaking during the resumed announcement of the elections result in Abuja, Nigeria’s Federal Capital Territory (FCT).

He alleged that Prof Jega swiftly set up a committee to look into issues raised about the results in Rivers state by the All Progressives Congress, APC and slowly responded to PDP raised issues.

“We have raised issues about results in Kano, in Kaduna, Jigawa and Katsina and yet you have done nothing about it. You are biased. You are partial. You are tribalistic.

“Jega you have been compromised, we are no longer confident in you,” Orubebe said while causing a scene at the centre.

The ex-Minister also accused Jega of handing out results to the All Progressives Congress (APC) to publish on its site.

He also noted that the Peoples Democratic Party, PDP’s will reject the results being announced INEC.

However, in a swift reaction, the professor of Political Science responded to the allegations raised by the former minister.