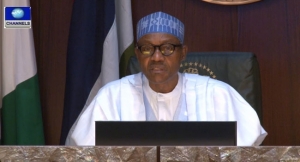 President Muhammadu Buhari has approved the appointment of Mr Tijjani Mohammed Abdullahi as the Director-General in the Budget office.

Mr Abdullahi is a fellow of the Certified National Accountants of Nigeria and a banker.

He will replace the current Director-General, Budget, Mr Yahaya Gusau.

A statement by a spokesman for the President said the new Director-General, Budget, would work with the Minister of Budget and National Planning to efficiently deliver on the mandates of the Budget Office of the Federation.

The statement further read: “President Buhari has also approved the appointment of Mr Ben Ifeanyi Akabueze as the Special Adviser on Planning to the President.

“Mr Akabueze who is the immediate past Commissioner for Economic Planning and Budget in Lagos State, has worked in senior management positions in Citi Bank, Fidelity Bank, United Bank for Africa, NAL Merchant Bank, Sterling Bank and BIA Consulting Limited, among others”.