Ese Oruru’s Alleged Abductor Yet To Be Arraigned 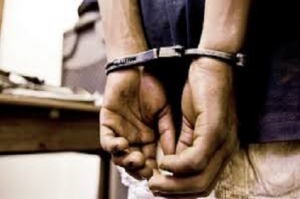 Five days after Ese Oruru was safely reunited with her family in Yenagoa, she is yet to go to her family house.

The Bayelsa State Commissioner of Police, who spoke with Channels TV correspondent, explained that with the consent of her parents, Ese would continue to call the Bayelsa State Police Officers Mess, home, as long as the case is still under investigation to ensure her continued safety.

Yinusa, the prime suspect in the Ese Oruru abduction saga is now in the custody of the Police in Yenagoa.

Yinusa, who is yet to be arraigned in court has already given his statement to the Bayelsa State Police Command and reportedly divulged those who were aware of his plans to abduct Ese Oruru.

The Commissioner of Police, Peter Ogunyanwo, while speaking with our correspondent, disclosed that another accomplice to the crime is still at large but the Police has the names and other data of persons that would likely be invited for interrogation as the investigation progresses.

Aside the Police who have taken up the responsibility of catering for the needs of Ese for the period of the investigation, other plans to rehabilitate Ese is still sketchy. The government of Delta State which is her state of origin is yet to disclose any plans for her rehabilitation.

To forestall a reoccurrence of abduction of minors in the society, the Police Commissioner advised parents and guardians to pay close attention to their children and wards.

He also advised the general public to not mix crime and other offences with religion as they are worlds apart.