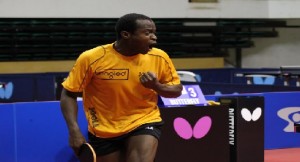 Nigeria’s Aruna Quadri has moved to 29th place in the latest ITTF ranking and also retains his top place as the highest ranked player in Africa.

Despite being inactive in the ITTF World Tour last month, Quadri with 2,393 points moved by one step to occupy his current position.

His continental rival, Egypt’s Omar Assar, dropped from 36 to 37 in the world.

Fortune also smile on former African Champion and the first African athlete to be competing in seven Olympic Games, Segun Toriola, who improved his world rating from 117 to 109, while Portugal-based Bode Abiodun also gained more points to improve from 185 to 179.

In the women’s ranking, Egypt’s Dina Meshref remains the best rated player from the continent despite dropping from 98 to 97.

The highest ranked Nigerian female player in the ranking is Edem Offiong, who improved her ranking from 242 to 230 while Olufunke Oshonaike, who was ranked 235 in March, has been taken off the world ranking for her inactivity in the last six months. 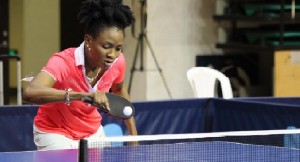 In the Olympic Team ranking, Nigeria remain dominance in the men division despite dropping from 25 to 26 and the West Africa giant are still ahead of Egypt who are ranked 32.

But the North African are far ahead of Nigeria in the women team rating after occupying 31 while Nigeria is placing 40.

To decide the team that would represent the continent in the team event of the Rio 2016 Olympic Games, Nigeria and Egypt would have to wait for the May ranking to know their fate.

But, as it is, Nigeria has an edge over Egypt in the men to qualify while Egypt has an upper hand over Nigeria in the women division.

Meanwhile, China’s Ma Long retained his position at the head of the Men’s World Rankings despite finishing second behind compatriot, Zhan Jike at the Kuwait Open.

It is the 14th consecutive ranking that has seen the 27 year-old head the list, since regaining the coveted position in March 2015 at the expense of colleague, Xu Xin.

Overall, it was the 44th time that Ma Long has appeared in top spot, a position he first secured in January 2010.