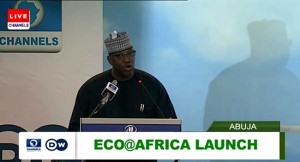 The Chairman/CEO of Channels Television, Mr John Momoh, has drawn the attention of African leaders to the serious dangers of climate change.

This came as the foremost television station affirmed its commitment to re-directing the mind-set of the government to guarding the environment jealously and reducing air and water pollution.

Mr Momoh spoke at the Transcorp Hotel in Abuja on Saturday during the launch of a joint production of an environmental programme by Channels Television and Deutsche Welle Television called [email protected].

The Chairman/CEO of Channels Television, in his short opening remark, emphasised the importance of putting more effort into protecting the environment from further degeneration.


“We are really excited today that we are expanding our coverage footprints to the subject of environment which we all know is under threat. We are also familiar with the issue of global warming which makes Africa’s future less green.

“Indeed Africa is facing a dramatic increase in air and water pollution, drought and wildlife extinction and unless immediate action is taken to clean up the continent’s environment, its future may be bleak,” he said.

Based on findings by the United Nations Environment Programme (UNEP) that over the next 30 years, growing populations, wars, climate change and the introduction of alien plants and animal species will increase poverty, destroy the environment and spread disease, Mr John Momoh expressed hope that Nigeria’s Minister for Environment, would get the much needed political support of the government and wide engagement of public, private and civil society institutions and the public in general. 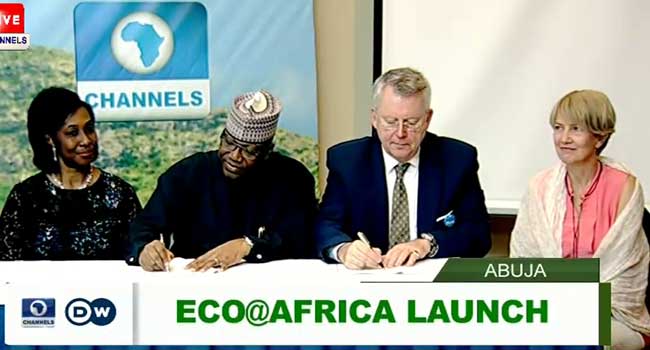 On the production of [email protected], he said, “This partnership couldn’t have been more timely. It comes at a time when the government is focusing intensely on taking decisive steps towards implementing our environment policy process.

“We at Channels are very proud to be collaborating with DW in this production and together we’ll use the programme to assist in providing direction on the continent’s intended action to address environmental issues affecting its people and the economy.”

The launch follows the signing of a Memorandum of Understanding (MoU) by the Chairman of Channels Television, Mr John Momoh and DW’s Director General, Peter Limbourg in Paris in 2015.

Also speaking at the launch, the Director-General of Deutsche Welle Television, Mr Peter Limbourg, also expressed hope that the initiative would make a huge impact on Africa and Europe’s efforts on the environment.

He revealed that it was the first time that DW in over 60 years of its existence would produce a magazine with another TV channel in the world with both sides contributing.

He acknowledged the importance of Nigeria in the African continent in terms of its population, culture and wealth of human resources.

Speaking on the collaboration with Channels TV, he said, “What brings us together is that we both have high journalistic standards, we both are professionals and we are dedicated to the subjects; not only selling things, we are interested in the world.”

Meanwhile, Nigeria’s Minister of the Environment, who was represented by Permanent Secretary at the Ministry of Environment, Bukar Hassan, said that the federal government has endorsed [email protected]

He said that with partnerships such as Channels TV and DW’s the country would do everything to have a more sustainable environment.

[email protected] will report on innovations and best-practice guidelines in Africa and Europe and will present ideas on environmental protection from all over the world.

It will focus on the preservation of biological diversity, the utilization of national resources, energy sources of tomorrow and the mobility of the future.

The magazine is designed to be interactive; readers will be able to contribute their own ideas by uploading stories, photos and videos to social media.