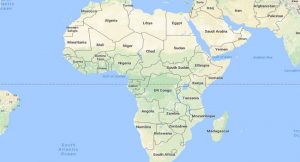 Liberia’s Vice President, Joseph Boakai, has asked African leaders to jumpstart the involvement of the youth in governance in Africa.

He says the youths are eager and have what it takes to govern Africa efficiently.

Mr Boakai, who declared open the election of the first set of the Save Democracy Group, SDG-Africa Youth Parliament in Nigeria on Monday, said African leaders must stop the trend of irresponsible governance that forecloses opportunities for the growth of its youth.

A former Speaker of the Nigerian House of Representatives, Ghali Na’Abba, told the gathering that Africa could no longer continue with the trend of recycling leaders when there were young and capable leaders set to tackle Africa’s numerous challenges.

This new network of African youth leaders is in support of the Liberian Vice President’s call for the grooming of the youths in Africa, saying that their involvement in politics only to bring older leaders into power, is no longer enough.

Africa needs transformation and change and the present practice of leaders’ recycling ‘must stop now’ for a virile future, the Director General, SDG-Africa, Ifedi Okwenna, stressed.

The principal leaders of the SDG-Africa Youth Parliament at the event elected on Monday, will form part of 120 youth parliamentarians to be spread across Africa.

They will have the task of making key contributions towards peace, progress and economic growth of Africa.

African nations are known to have old leaders of over 60 years, while most of them boast of over 60 per cent youth population.

Persons of less than 40 years are scarcely found in the cabinets of their leaders.