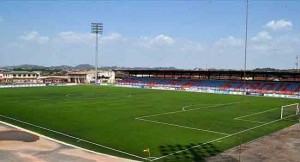 The Director of Sports in the state, Abubakar Ago, who disclosed this at the draws of the competition, said it would kick off throughout the state on Monday, December 19.

The draws brought together football lovers and administrators within and outside Yobe State, including members of the Sports Writers Association of Nigeria (SWAN) and club owners among others.

Mr Ago said that the 2016 competition has been expanded to give room for participation from private and individual teams, contrary to that of the previous years where only local government teams were allowed to participate.

He said that the aim of the competition was to uncover the hidden talents that abound in the state.

The sports director said five centers have been selected for the competition, adding that Potiskum, Gashua, Nguru and Geidam township stadia would all be occupied from December 20.

He further urged participating footballers to display their best performances as the competition would be witnessed by foreign scouts.

The opening match of the competition would be between Damaturu Local Government FC and a Damaturu metropolitan club, Ajari United.