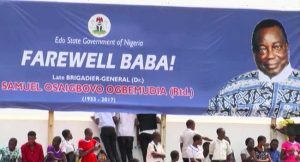 The remains of late elder statesman and two-time Governor of Mid-Western State and later Bendel State, Brigadier General Samuel Ogbemudia (rtd), has been laid to rest.

Dr. Ogbemudia was buried at his residence in Ihaya Street, Benin City, following an interdenominational service held at the Samuel Ogbemudia Stadium in the Edo State capital.

A combined team of clergymen from the Christian Association of Nigeria, Edo and Delta chapters took charge of proceedings at the venue.

Family, friends, close associates, past and serving Governors of Edo and Delta states, as well as members of National Assembly and their state counterparts also witnessed the ceremony where they paid their last respects to the two-time Governor.

In a sermon titled “the man and his works”, Bishop Oyonude Kure said the late Ogbemudia by his laudable achievements as an administrator lived an exemplary life worthy of emulation.

Shortly after the sermon there were tributes from former Head of State, General Yakubu Gowon (rtd), Edo State Governor, Godwin Obaseki and Deputy Governor of Delta State, Kingsley Otuaro among others. 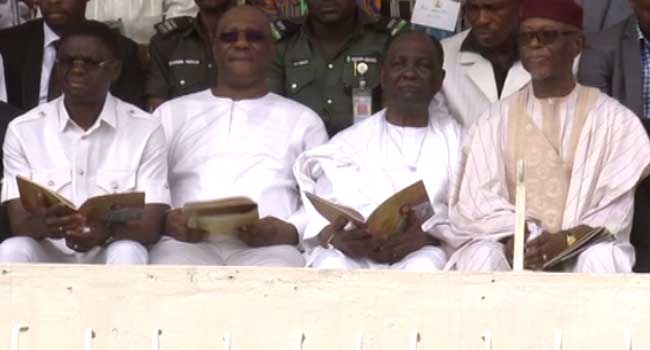 Dr. Ogbemudia died on Thursday, March 9 at the age of 84 at a private hospital in Lagos.