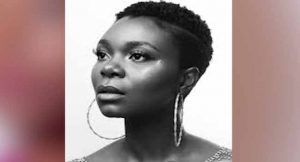 Singer and songwriter Ebisan always knew music will be her life.

The rising star who has quite a trade in Nigeria for over four years remains one of the many talented acts waiting for a big break in the industry.

Speaking in an exclusive interview with Channels TV Entertainment News, Ebisan explained how the countries she grew up in has influenced her music.

Like many others, the singer who is signed under Aristokrat Records found her passion early, from writing her first song at age four and performing for the first time in primary school.

“Music is like a lifeline to me, it gets me through a lot so when I am sad or happy I sing, but all the while knowing that I will end up in the music industry.”,she said

Since her debut with the song ‘What Women Want’ in 2007, she has experimented with different sounds as inspired by different musicians.

“I play around with different sounds, so I have done a soundtrack ‘Time Of Our Lives’, then I have done a typical romantic love story, then also the peppy jazz ‘Jowo’. So, I am constantly experimenting with sounds and I write my own songs.”

Raised in Saudi Arabia and educated in the United Kingdom she chose to groom her career in Nigeria where she was born.

She said, “It is my home, it is my country, and no matter how far I go I will always be a Nigerian, there is always something that will always pull me back to Nigeria. I remember when I was in the U.K I remember hearing style plus song ‘Olufunmi’ and I thought that was a beautiful production

“I also heard ‘Bibanke’ by Asa and I was just like it was time to go home and make some beautiful music with these people, it was bound to happen, I was going to come back whether I liked it or not.”

Between 2010 and 2017 Ebisan has been able to master the in’s and out of the entertainment market and has managed to stay afloat in the pop saturated industry.

Why Ladies Were Stark Naked In “Ukwu Nka” Video – Pucado