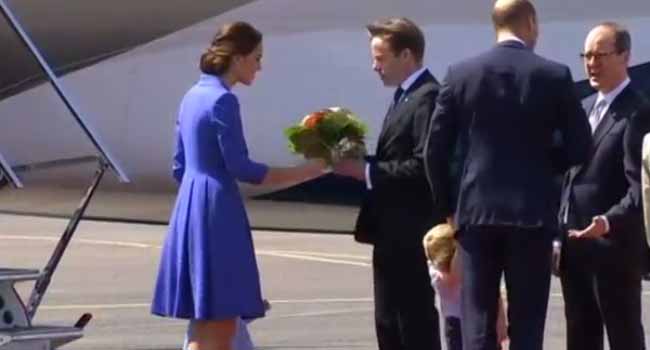 Britain’s Prince William and his wife Kate arrived for a three-day visit to Germany in Berlin on Wednesday.

The royal couple arrived from Poland and while in Germany is expected to also visit Heidelberg in the south and Hamburg in the north, apart from the capital.

Later on Wednesday, the royals, who are accompanied on the trip by their children, Prince George, who turns four this month, and two-year-old Princess Charlotte, will be received by Chancellor Angela Merkel.

The royals’ first day in Germany will end with a garden party hosted by the British ambassador to Germany, Sebastian Wood.