We Can’t Hurry And Get Ogoni Cleanup Wrong – HYPREP Coordinator

On June 2, 2016, the Ogoni people of the Niger Delta Region were thrown into wild jubilation as the Federal Government flagged off the Ogoni cleanup. Over a year after, the desperate reality of the Ogoni land still cries out for intervention.

Watch the interview here or read on for excerpts.

When exactly is the Ogoni cleanup taking off?

In the governing council, we have the community represented. In the governing council, we also have the civil societies. All of these are the stakeholders in the project. This is done to make sure that all stakeholders are considered and adequately represented in decision making for the project. Talking about the technical aspect of the project and when exactly it is going to take off, it has started. The project coordination office started in March and actually commenced (work) in April, this year.

So, within April and now, in August, so much has been done. We have gone to the communities and sensitised the people across the four local government areas. We have been to specific communities and engaged the leaders including women leaders and youths. We have already opened demonstration sites across these four local government areas. If you go to Tai Local Government, we are opening a demonstration site with two companies there to demonstrate the best technology that they have for the project. This was only done after extensive sensitisation in these communities. 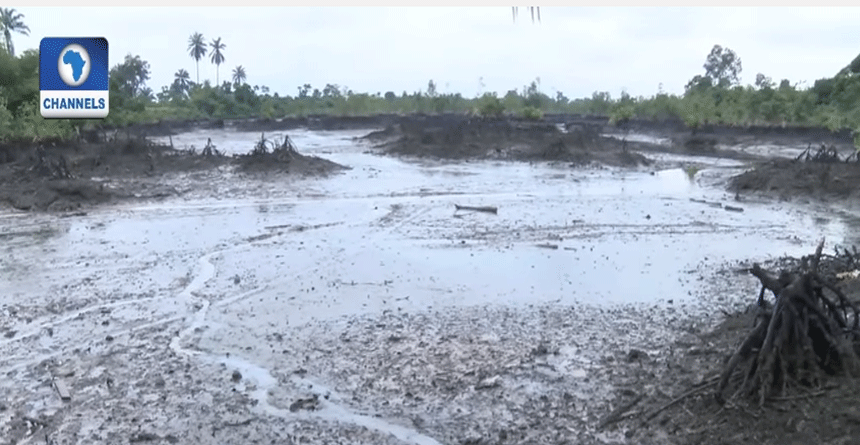 Would you sweep under the carpet the fact that the Ijaw Youth Congress are complaining that they are not being carried along in this project that affects their livelihood?

HYPREP has a national mandate. We are starting in Ogoni. So the particular report we are implementing is that of the Ogoni people. When we get to other areas, we will engage them as well. But right now, we are starting with the Ogoni people – the Ogoni youths and its stakeholders. Being carried along depends on what the people mean by being carried along. A couple of days ago, the Minister of State for Environment, Ibrahim Usman Jubril, was in our office in Port Harcourt, where he met with a section of youths involved in artisan refinery. The youths renounced their activities and showed interest in HYPREP projects. They promised to stop all activities that will cause further pollution to the environment. This is a programme that we are engaging with the youth to ensure that they do not constitute a problem to the project by providing an alternative source of livelihood.

In a nutshell, does that suggest that the actual cleanup is yet to commence?

What you call the actual cleanup is a process. It is not an activity that is isolated. Cleanup starts with a process and that process has started. This involves going to the sites, evaluating the state of these sites and then designing proper plans that will be used for the execution. The cleanup, which you are calling the actual cleanup, is the last stage.

You are talking of still spending time on the impact assessment but one will presume that the impact assessment was one of the basis for the UNEP report…
Technically, the assessments are of different types. There is the initial assessment you do first to find out if there is a contamination. There is another that unravels the quantum of the contamination on the environment? After this, a method is designed for removing that. What UNEP did was answer the first question – is this place contaminated? How much contamination is in the environment? This is another thing we have to do.

Are you suggesting, in essence, that UNEP report is not a comprehensive draft document for the Ogoni Kingdom?

What UNEP did was a $10million assessment project for Ogoniland, which is different from the implementation. The implementation when estimated will involve more funds, so $1billion is not sufficient because the work that will be done is far more than $1billion and that is the phase we are talking about now. That phase is a more detailed and technical activity than the first one that was done. This is the one that requires all the planning that we are putting in place right now. So, the government’s commitment to doing this is unwavering.
In the first 100 days as project coordinator, we opened demonstration sites which are still existing in all the comminutes mentioned earlier. They include Kogana, Kadre, Por, Eleme, Ogale, Ebubu, Tai, and Khana. We have existing demonstration sites in all these locations.

Going by the UNEP report, this is a draft work document that is expected to take a period of five years and you have spent a period of 100 days in office. Considering the fact that the project was flagged off last year, it is expected for you to have completed 20% of the cleanup plan…

The report didn’t say five-year plan. It is continuous and it might run into several years. But the actual activity has commenced. You don’t start a process without communicating with the stakeholders, the people and the beneficiaries of the project. You don’t start a project without involving them and getting their inputs or doing the visibility work that is required.

How long is this planning and assessment going to take? You are resting on the crest that this assessment is technical, how do you communicate this project to the people?

This takes me back to the initial part of the project which is sensitisation. The local man just like you pointed out does not understand the technicality of the project, so it is our duty to engage them and make them understand that this project is not a project that you start in one day and the following day, you put bulldozers on the field, that is exactly what we have been doing.
The planning phases of this project will take like 18-months because there are things that need to be put in place. One of them is the Integrated contaminated soil management center which we are in the process of designing and building. This has to be in place before the project commences.

Will it suffice to say that there isn’t a comprehensive strategy for the Ogoni cleanup plan?

The Ogoni project is one that is going to redefine the way we do remediation in Nigeria. It is the template that we intend to roll across the country and so, we can’t get it wrong. We can’t be in a hurry to get it wrong. The question you are asking puts you in a situation where you want to rush but that is not the way to go. The way to go is to engage and let people understand that it is a technical project that requires time and expertise and we need to plan so don’t expect quick results because the procedure needs to be followed through.

You have complained in the media about the proliferation of illegal refineries and for us to have a meaningful Ogoni cleanup, how do you intend to stop illegal refining of crude?

Illegal refining is something that poses a serious threat to the project. After the cleanup, if people continue with such acts, it could further pollute the environment and this poses a threat. The main point is that people who engage in this kind of activities put their lives at risk because it has adverse effect on their health.

We are still at a stage where this is still being implemented and the planning is ongoing and we want to get input from all the people involved and that is the process where we are so how do you start criticizing what is still at the planning stage.