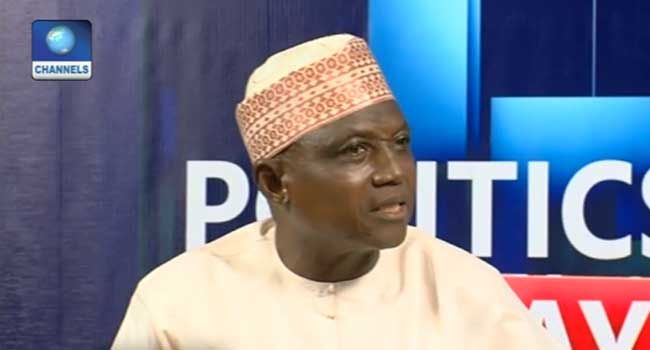 The Senior Special Assistant to the President On Media and Publicity, Mr Garba Shehu, had his say on the growing apprehension that the Federal government may start a crackdown on social media users and monitor the calls for hate speech and anti-government information on Monday when he appeared on Channels Television’s Politics Today.

Is the government recording the calls of Nigerians?

I am not aware of that. But I know that this country, in fact, the whole world has a big problem with balancing free speech and what we call in this country hate speech. It has many faces depending on which country you are dealing with. In most of these European countries, (and) America, they are dealing with Islamic terror. In America, white extremism and all of that. All of it fed substantially by the Internet.

Are you aware that in the past, they were allegations that calls were monitored by some state governments?

I believe that people can be justified. A lot of countries are taking notes. If Nigeria does it, I don’t know. I’m in a position to say ‘yes’ or ‘no’. But if it happens in this country, it is not extraordinary, it is no unusual. Everybody is interested. Look, this thing about international terrorism is big and nobody is leaving it to chances.

I have read it. If it is part of their role in national security duties. This military has been receiving a lot of training and international support to deal with extremism in the country. They have been active, de-radicalising freed Boko Haram and other terror suspects. So they have education, they have capacity to help this country curtail unwanted excesses.

So you believe that the government should in its capacity record the calls of Nigerians?

I am not in a position to say ‘yes’ or ‘no’ in this matter. But my point is that, if it is in the line of duty, if the government thinks that it is in the best national interest to do so, I will support it.

As a spokesman to the President, you are not aware that calls are being monitored?

The President in the second paragraph of his speech to the nation when he returned to the country, did express worries about social media. Is the President concerned so much about this and how is he going about controlling what goes out there?

Let me say to you again that this is a global problem and that from the specific case of this country, we have fought in the 60s and into the 70s; this country had resolved tribalism, it was no longer an issue. Tribalism is back all over again. Look at what is happening with terrorism globally. In the past, if you needed to go to Iraq, Syria or Libya to learn to become suicide bombers and Islamic terrorist and all of that (which) the world is talking about. You don’t have to go now. You sit on the Internet and you get radicalised and you get a bomb and you go and explode it in the market place. So, the President is right. How is the government going to deal with this? Government is concerned, is considering options on how to deal with this matter.

What are the options?

Well, they must be in line with the Constitution. They must be in line with the laws of the country and my sense is that they possibly will be legislation that will go to the National Assembly. Our hope is possibly that government will not be in the forefront. Stakeholders – all of you who are involved in the field – will come together and formulate what you think needs to be done so that the red lines won’t be crossed.

As a former President of the Nigerian Guild of Editors, you know exactly what freedom of speech is all about. And the concern in some parts of the traditional media is that these words out there about government concerns about critical speeches of people may extend into what could be perceived as gagging. Could it get to that point?

Freedom of expression is a qualified freedom. Your freedom, you can run it as much as you can. It stops where the freedom and rights of others begin. So, therefore, it is not an unqualified freedom that you continue to say just anything. Look, let me tell you, everywhere in the whole world, nations across the globe are watching and they are taking action. Whatsapp administrators are under scrutiny in India. In the UK it was mentioned a short while ago. Theresa May, the Prime Minister was saying, ‘Look, if Facebook had given the profile of these suspect, we would have apprehended him and he would not have had the chance to attack our parliament’. So, everyone is doing something to protect their countries, to protect their citizens. And I think that Nigerians should give the chance and believe in the fact that this government is a Nigerian government. It is not an alien government.

You are asking Nigerians to trust the government that when it’s monitoring their calls it will not be a form of gagging. Is that what you are saying?

So far, this government has shown the best conduct in dealing with the Nigerian press. Do you have any journalist from your organisation or anyone that you know is locked up by the Secret Service, the police or the courts on the instruction of this government? We have dealt most fairly with the mass media in this country.

I just told you that the government is concerned and is looking at options.

You have not told us the options…

I said that the most likely one is that we will follow the part of legislation and even in that, we will rather let stakeholders lead the way.

Another concern is that it could be used for control because in other climes, you see that the control over the media – whether social media or the traditional media – is used for political reasons. And this is one of the fears…

Well, people can be justified in having those fears but the thing is that, judge us by what we do. Look at the antecedents of this administration; how we came in. Two years into this administration, as I said, this is the most media-friendly administration this country has ever seen. Please, people should not excite unnecessary fears. We will deal fairly and justly. As Clement (Human rights lawyer Mr Clement Nwankwo, who also appeared on Politics Today) said, something has got to be done. We will not fold our hands to see bigots and ethnicists to set this country on fire.

Would it get to the point that government might shut down some social media platforms?

I am not in a position to say ‘yes’ or ‘no’, but what I can tell you is that it is already happening in other countries.