2019: Aisha Alhassan Has The Right To Express Her Opinion – Shehu Sani 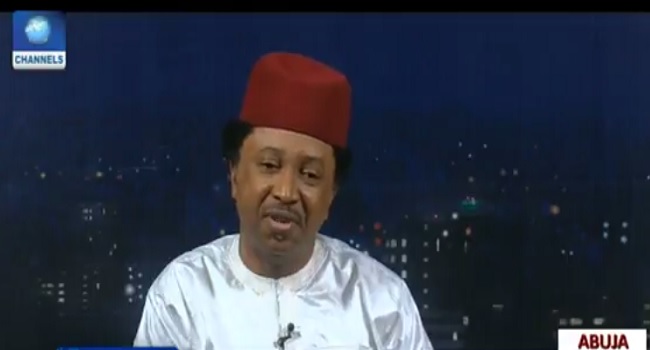 The Senator representing Kaduna Central, Shehu Sani, has defended the rights of the Minister of Women Affairs, Mrs Aisha Alhassan, to express herself amid controversy over her views about the 2019 presidential elections.

A video making the rounds on social media shows the minister pledging her support for former Vice President Atiku Abubakar should he run for the Presidency.

She later told BBC Hausa that even if President Muhammadu Buhari decides to seek reelection in 2019, she would still support Atiku, according to Premium Times.

Senator Shehu Sani told Channels Television during an appearance on Politics Today that just as the minister has a right to express herself, the President has a right to fire her.

“First of all, we must recognise and accept the fact that as a citizen she has the right to express her own political opinion and also express her own choice. What she said was very clear, that her loyalty for 2019 goes to the former Vice President, Atiku (Abubakar),” the Senator said.

“She has a right to express herself with that. But he also as a President whom she is working for has also the right to terminate her appointment.”

Senator Sani also said it is a good thing that the minister spoke her mind even though most party members would prefer to speak in silence.

“The good thing about what she said is that she poured out what is in her heart, but it is very clear to many of the members of our party that they would rather choose to speak in private. But it is also indicative of the fact that the 2019 campaign and intrigue is already on,” he said.

Although he noted that the campaign for the 2019 election has started, the Senator doesn’t know if President Buhari will seek reelection.

“No one can clearly say,” he said, adding that there are, however, assumptions and conjectures.

Furthermore, he explained that while President Buhari is yet to declare his intentions ahead of 2019, he (the president) might be trying to simply focus on delivering on his campaign promises.

“It is clear that if he takes a position, if he says he is not going to contest certainly that may be the end of governance in Nigeria because it is only going to be about 2019 and if he says he is going to contest, certainly the political ambition of so many people will certainly come to an end – But I think he is being strategic for now, he wants to deliver on pledges and promises made in 2015 and because whatever comes out from his mouth has a grievous implication to governance in Nigeria as it is now.”