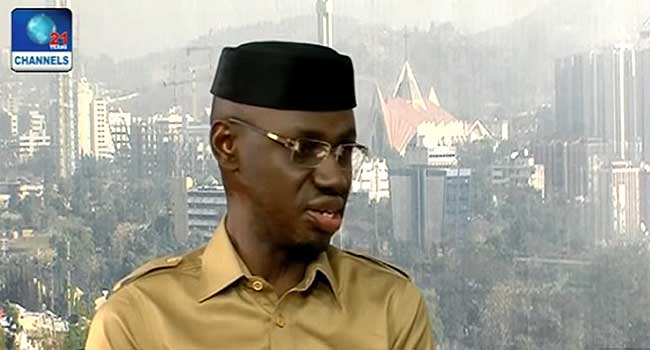 President Muhammadu Buhari has been advised to be careful in dealing with all those urging him to seek re-election in 2019.

This, according to him, is because the President had every right to run for presidency in 2019 if he so wishes, hence there was no need to urge him to do so.

“But again, has he told anybody he wants to run? The answer is ‘no’. Until the President says he wants to run, nobody can force him to do the job he is not ready to do.”

His comments are in reaction to Governor El-Rufai’s visit to the President on Friday after which he told journalists that he and other “Buharists” were keen on ensuring that the President runs for a second term in 2019.

Unlike those who have criticised the minister for her views and accused her of betraying President Buhari, Mr Frank hailed her.

“I have to commend Senator Aisha Alhassan on her position. And if you ask me as a person, I will say even the President should welcome her opinion because I think it has shown clearly that she is not a sycophant, she is not a betrayer because she could as well pretend to be a Buhari loyalist when she is not,” he said.