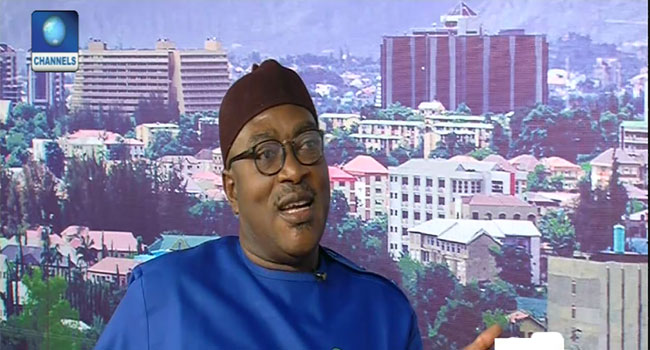 The former Director of the State Security Service (SSS), Mr Mike Ejiofor has called on the Federal Government and the military to put a stop to the military operation set up in the South East and code-named Operation Python Dance.

Ejiofor, speaking on Channels Television Breakfast Programme, Sunrise Daily, expressed worry over the consequence of the military operation saying, it may lead the country into serious national trouble.

“It is a very worrying and disturbing situation. Operation Python dance has a grave consequence to our national security. My fears are that, if these situations are not checked now, it can conflagrate into a more serious national security situation.

Ejiofor expressed more worries at the code-name of the operation emphasising that a python is a dangerous animal and naming a military operation after such is not conciliatory.

He said, “Let’s look at it, Operation Python Dance, what is a python? A Python looks at its victim, suffocates the victim before it swallows it. That is not conciliatory at all.

“At this stage of our national life when we have a lot of security challenge, we should try and see how we can solve some of the problems instead of adding more to our problems.”

The military started Operation Python Dance, last year in the South East with the aim of ridding the region of criminals and other activities threatening the security of the area.

Last week, it announced plans for another second phase of the operation and code-named it Operation Python Dance II. However, this military operation in the region has given members of the public, including the Ohanaeze a cause for concern.

He said, “The army, going to confront Kanu with his group is going to throw us into serious problems. I witnessed the civil war, no country survives a second civil war. We must do everything to avoid this.”