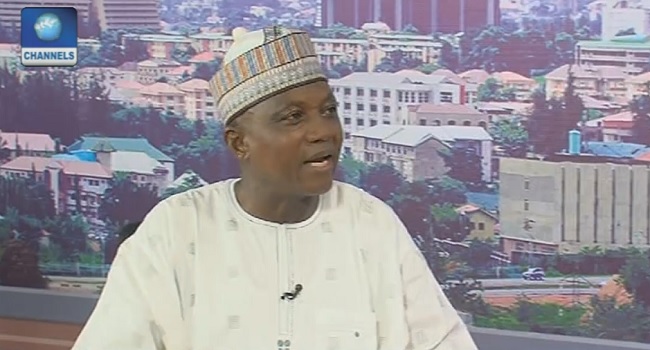 The Senior Special Assistant to the President on Media and Publicity, Mr Garba Shehu, has supported the proscription of the Indigenous People of Biafra by the Federal Government.

This followed the approval of the application filed by the government at the Federal High Court in Abuja on Wednesday, seeking to proscribe the group.

The Minister of Information and Culture, Mr Lai Mohammed, had told State House correspondents after the Federal Executive Council meeting that IPOB’s proscription was approved by President Muhammadu Buhari before he travelled for the 72 United Nations General Assembly in New York.

Shehu, who was a guest on Channels Television’s Sunrise Daily on Thursday, said government had closely monitored the activities of the group and its inability to embrace dialogue.

Although the presidential aide admitted that the military by its earlier declaration alerted Nigerians of their own analysis, he, however, revealed the Federal Government was bound to follow up “some processes.”

“Therefore, that is it. That is their own description of it. So, the processes we are bound to follow since they are fully aware of the fact that from the point of view of the law, they cannot do what the law does not empower them to do.”

Shehu further explained that IPOB leader, Mr Nnamdi Kanu, had earlier aborted peace moves made by the governors of the five eastern states headed by Governor Dave Umahi of Ebonyi, as well as senators from the region.

He said, “IPOB itself has clearly indicated that they are not interested in dialogue. You know that in the run-up of these processes, the governors of the states in the region had put up a forum, IPOB said, ‘No, thank you, we are not interested.’

“The Senators of the Federal Republic of Nigeria set up a delegation and they said, ‘IPOB we want to speak to you,’ and they said, ‘no, thank you’. Initially yes, it is clear that the leader had himself shut everyone out of the whole process,” he said.