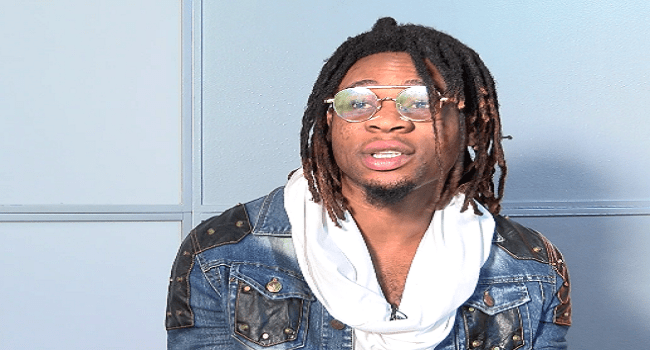 Charass who began singing as a high school student in Jos, says he looked up to Psquare as his music idol at the time.

Speaking with Channels Television the artiste stated that Psquare’s break up makes no sense to him, as they have inspired him a lot.

“I don’t really know what the problem is but I believe they have come too far for this, I believe whatever the problem is shouldn’t end Psquare like that. A whole lot of young people are inspired by their music, so I don’t see any reason why they should just break up now.

“It doesn’t even make any sense to me, I am not in support of them breaking up, they are family.”

Charass who made his official debut under the ‘Matured Minds Music’ imprint led by famed footballer, Mikel Obi explained that he believes it is a personal issue but they should sort it out.

“They’ve been successful over the years, they have crossed too many limits, they have done the impossible, so I do not think success is part of it. I think it is something personal and they should sort it out. They are one of the pioneers of the industry and they are people we look up to.”

Charass also credits his mother as another major influence in his passion for music. He recalls attending choir rehearsals with her as a young boy.

“It was pretty rough, we were a normal average family, I have loved music since when I was a young boy. My mum was a choir mistress back in the days and I use to go to church with her and watch them do the practice. Music has been in me ever since I was a child but I never thought of doing music, I wanted to become an engineer but music chose me and I don’t even know how.”

The Mikel Obi-led MMM represented a good platform for Charass to pursue a career in music, he released his first song, ‘Tininitanana’ as well as ‘Gbege’, which enjoyed the fair reception.

Eventually, his agreement with the label came to an end, and despite the exposure gained, Charass still has challenges to deal with as he makes his way to the top.

He recently released a video for his song, ‘Smile’. The visuals were created in South Africa by director Issac K.

Peter Okoye Prays For Son As He Clocks Nine

Peter Of Psquare Unveils Plans For His YouTube Channel