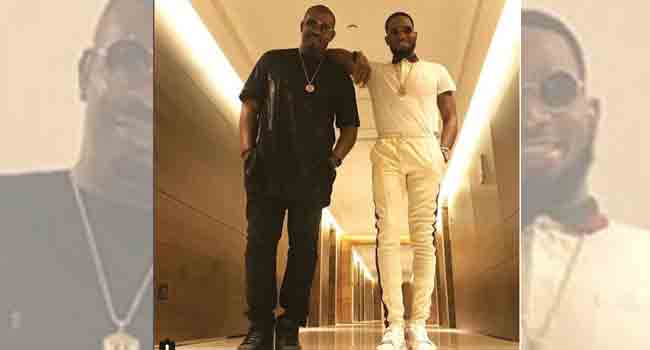 These recent weeks have witnessed a milestone in Nigeria’s music industry.

From Falz Experience to Wizkid Concert, Adekunle Gold’s One Night Stand and then Davido’s 30billion concert, its been all about reunion and show of love.

Fans who attended Davido’s concert on Wednesday, December 27 were obviously thrilled by Davido’s reunion with Wizkid. They took to social media to express excitement.

RT if you’re proud of Davido and Wizkid!!! #30BillionConcert pic.twitter.com/HiJeLbfloY

Respect to these boys, they have done more than the Nigerian Government in bringing Peace & Unity to the country.

A major highlight of the 30billion concert was the performance of the Legendary group, MoHit group marking their reunion.

Mohit started in 2004 with D’banj signed as its first recording artist. The crew which comprises of Don Jazzy, D’Banj, Wande Coal, Dr. Sid, K-Switch, Ikechukwu and D’Prince, went on a painful split in 2012 over several internal disagreements.

They however took fans by surprise when Davido decided to bring all the Mo’Hit stars on stage to perform some of their hit songs at yesterday’s concert.

See some of the tweets of exciting reactions below:

We thank Davido for bringing on Mohits while Davido should thank Mohits for changing the ambience at the #30BillionConcert 💯 pic.twitter.com/1kGT2XcjIm