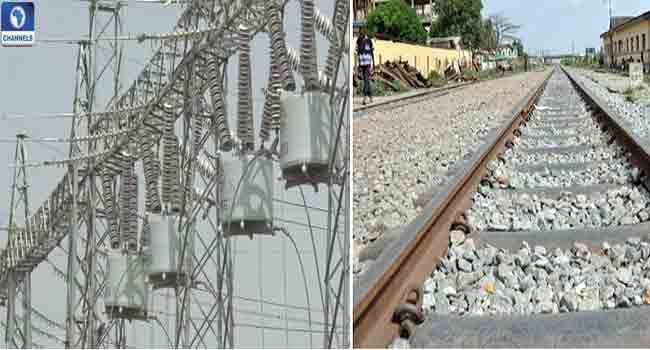 The President in his New Year message on Monday morning said the Ministry of Power Works and Housing will be given increased attention as it is one of the drivers of the Federal Government’s commitment to renew and increase Nigeria’s stock of infrastructure in order to achieve global economic competitiveness.

Buhari revealed that Kano-Kaduna rail line will commence this year and that negotiations on Port-harcourt to Maiduguri rail line will be concluded in the first part of this year.

“Construction of the Kano – Kaduna segment is expected to commence this year and reach Kaduna by the end of 2019. By the end of 2021 the two ends will be joined so that we will have standard gauge railway across the main North-South trading route. The Abuja – Kaduna route will be boosted by additional rolling stock next Thursday and will be able to handle one million commuters annually.

“At the same time I have approved and negotiations will be concluded in the first part of this year for the Port Harcourt to Maiduguri line covering Aba, Owerri, Umuahia, Enugu, Awka, Abakaliki, Makurdi, Lafia, Jos, Bauchi, Gombe, Yola and Damaturu. The Abuja to Itakpe line will go through Baro and terminate in Warri with construction of a new seaport at Warri.

Negotiations according to the President have also reached advance stage for the construction of other railway lines. This include from Kano to Maradi in Niger Republic passing through Kazaure, Daura, Katsina, Jibia to Maradi.

“In the next few years, all these Nigerian cities will be linked by functional modern rail systems, giving enormous boost to the social and economic life of our people,” he said.

On the Abuja Capital Light Rail, Buhari said progress has reached 98% completion and that only test runs remain before start of operations. This train service according to him will stimulate economic activities in the Federal Capital and provide residents with an efficient and safe transportation system.

“Twelve railway sub-stations around the capital over a 45.2 kilometre route will serve as a catalyst and a pull factor to the economy of the area. The Light Rail System will reduce traffic congestion and carbon emission in line with the Administration’s policy on climate change.

“Management of the Federal Road Maintenance Agency (FERMA) has been reconstituted and has been charged with a 12-week rapid intervention in road repairs to cover all the geo-political zones. Government is undertaking repairs and maintenance of 44 roads within the six geo-political zones,” he added.

He said further that the Federal Government has approved work to start on the re-construction of Abuja – Kaduna – Zaria – Kano road and it is expected to be completed in 2019.

On Power supply across the nation, the President said more Nigerians across the country are experiencing improved power supply but power still remains a concern. He said the Payment Assurance Guarantee Scheme which started in January 2016 has enabled the Nigerian Bulk Electricity Trader to raise N701 billion so far, to assure Generation Companies of at least 80% payment for any power delivered to the national grid.

“Consequently, generation has now reached 7,000MW. On December 8, 2017 the country achieved 5,155MW of power delivered to consumers, the highest level ever recorded.”

Several moribund projects, the President revealed have been revived. This according to him includes repairs of Afam Power Station which added 110MW in 2017 and another 240MW will be added this year through a private investment partnership.

Katsina Power Project Buhari should be fully operational this year as it is now being tested and producing 10MW of power from wind for the first time in Nigeria.

“The Zungeru 700MW Hydroelectric Power Project, stalled by court cases is due for completion in 2019. The transmission and other requirements to operate the 30MW Gurara Phase 1 Hydroelectric Plant, the 40MW Kashimbilla Hydroelectric Plant and the 215 MW Kaduna Gas/LPG/Diesel Power Plant will also be completed this year.

A landmark project, Mambilla Hydroelectric Power Project is at last taking off. This project has been on the drawing Board for 40 years, but now the engineering, procurement and construction contract for the 3,050MW project has been agreed with a Chinese joint venture Company with a financing commitment from the government of China. Completion is targeted for 2023,” he said.

President Buhari then said the Transmission Company of Nigeria (TCN) can now distribute all the 7,000MW that can be generated.