The Lawmakers in the House of Representatives are considering a motion demanding the immediate removal of the Police Public Relations Officer, (PPRO), Jimoh Moshood, for making derogatory remarks against the Governor of Benue State, Samuel Ortom.

In the motion sponsored by Rep. Mark Gbillah which enjoyed the support of most lawmakers, the conduct of the police officer was roundly condemned.

The motion seeks to have the Inspector General of Police (IGP), Ibrahim Idris, to provide an unreserved apology to the Benue state governor and also relieve the PPRO of his position.

Earlier, the Benue state Caucus of the House had addressed a press conference demanding the resignation of the PPRO over professional misconduct and partisanship.

According to the lawmakers, the statements of the Police Officer while appearing on the Channels Television Programme, Sunrise Daily, where he demanded the resignation of the Benue state governor indicates the partisanship of the Nigerian police as an agency.

After over an hour, the motion has been passed without amendment. 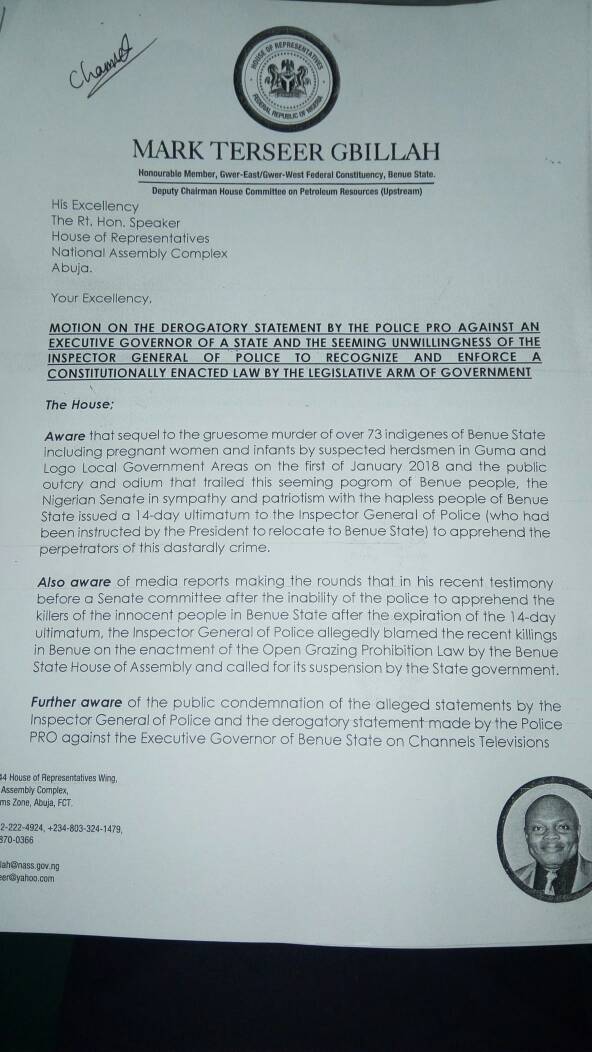 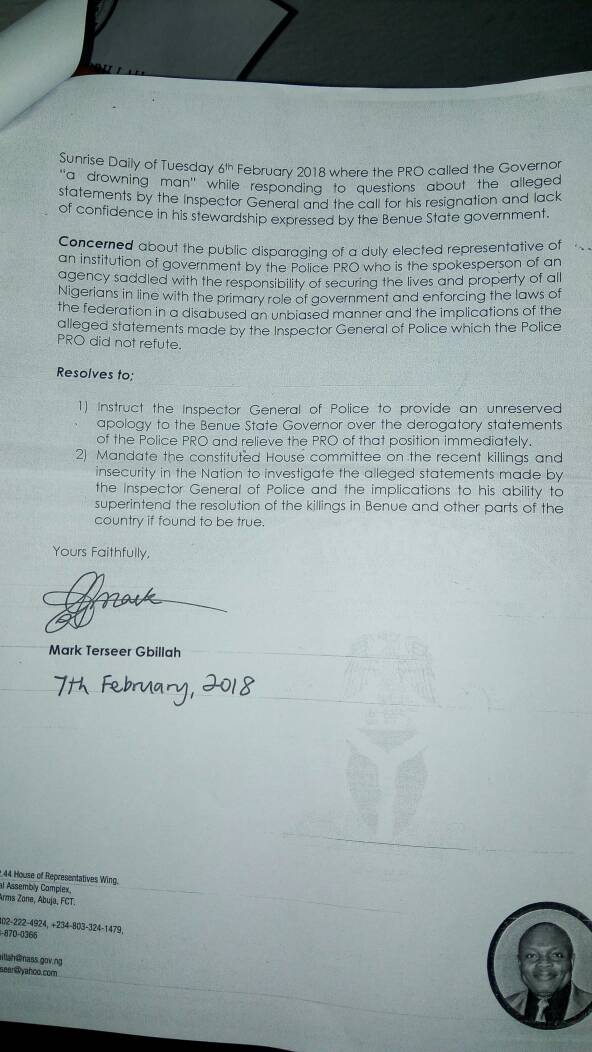 Mr Jimoh Moshood described Governor Samuel Ortom as a drowning man, when he engaged the Chief Press Secretary to the Governor, Mr Terver Akase, in a heated argument over the series of violence that has left many to their early graves since the beginning of the year.

“And that is why we felt you don’t join issues with a drowning man,” he said in an apparent reference to the governor calling for the immediate resignation or sack of the IGP.

Things, however, did not seem to go down well with the CPS who interrupted him with a strong rebuttal, demanding a retraction of the statement.

At this point Mr Akase interrupts him, making it clear that he took exception to the statement, insisting that “the governor of Benue State is not a drowning man.”