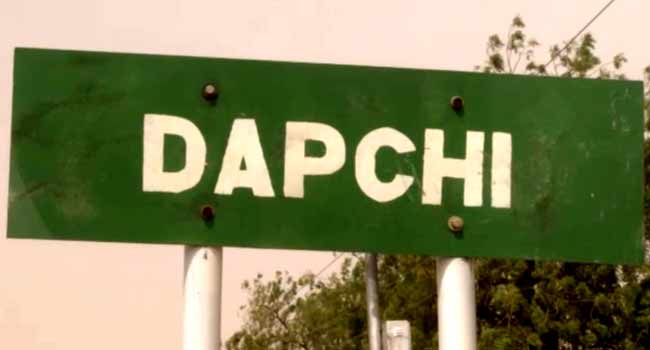 Addressing reporters in the state on Sunday, the Minister of Information and Culture, Mr Lai Mohammed, said: “As of today (February 25), we cannot account for 110 students.”

There have been conflicting figures of the abducted girls since suspected members of the outlawed group stormed the school on Monday last week.

The attack sparked mixed reactions in the country while President Muhammadu Buhari sent a delegation to the school to ascertain the situation there and report back to him.

Barely four days after the first visit, Mr Mohammed a delegation of the Federal Government to the state to meet with the State Governor, Ibrahim Gaidam, as well as representatives of the Dapchi community and security agencies.

He told reporters that the meeting which held behind closed doors was also attended by the Local Government Chairman and all the relevant stakeholders to get a first-hand information and progress report on the abduction.

The minister explained that school population on the day of the attack was 906 and after headcount, 110 girls were confirmed to have been abducted from the school.

“The total register of students that came to school on that Monday was 906 but as of today, 110 of them cannot be accounted for, and that is the situation,” he said.

‘My Sister Is Still Missing’: Dapchi Schoolgirl, Others Narrate Ordeal

Mohammed added that the meeting also identified measures to be taken to prevent a reoccurrence of the incident.

According to him, these include the deployment police and Nigeria Security and Civil Defence Corps (NSCDC) personnel to improve security presence in schools in the state.

“Far-reaching decisions were taken here today – one (of such) is that henceforth, the police and the civil defence corps will ensure that their presence is strong in every school so as to serve as a deterrent to insurgents,” he stressed.

The minister assured Nigerians that the government is using every available option to ensure the safe return of the girls while the security agencies would continue to work together to achieve the aim.