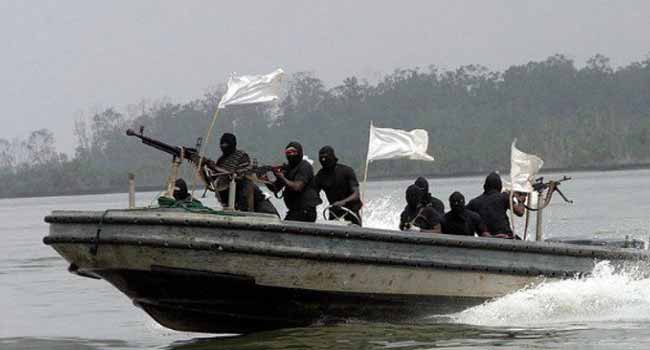 Another attack has occurred in Bayelsa State, barely 24-hours after gunmen suspected to be pirates attacked a commercial boat en route Yenagoa, the state capital.

Two passengers including a pregnant woman were shot in the Thursday attack when the pirates attacked the boat travelling from Koluama to Yenagoa.

The fresh attack occurred on Friday morning by 8:45 a.m. as the suspected sea pirates attacked a commercial boat at Okobotuo area, along Akassa-Yenagoa waterways.

They carted away a 115 horsepower boat engine at Okobotuo Area along Akassa-Yenagoa waterways as they shot into the air, scaring residents who scampered into safety.

These incidents which occurred in quick succession has created fear amongst residents of the state.

The Commissioner of Police in the State, Don Awunah, who spoke with Channels Television blamed the attacks on increased insecurity on the waterway and the riverine topography of Bayelsa State.

“Bayelsa is 80% water and 20% land. So we are more likely to have crime that is water based and increase in sea piracy. We are on top of it. We are collaborating with other agencies including the Navy, Army, JTF and Civil Defence,” he said.

He also called for calm amongst residents, saying he believes the collaborative efforts of all security agencies in the state will nib the ugly situation in the bud.