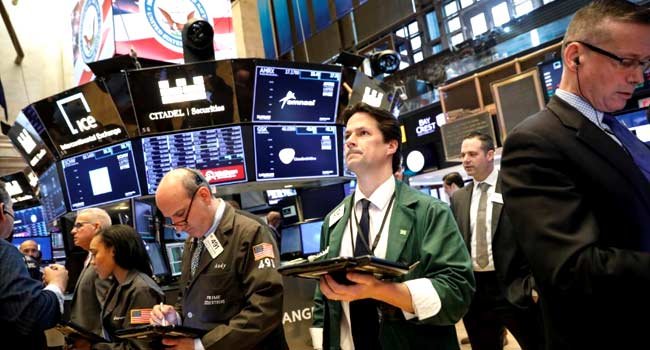 Trump said he cancelled a June 12 summit “based on the tremendous anger and open hostility” in Kim’s recent statement.

The move came after North Korean media reported earlier that the country had blown up tunnels at its nuclear test site, which had raised the possibility of the summit.

Trump on Wednesday ordered a national security probe into car and truck imports that could lead to new tariffs, with China calling the move an “abuse” of the clauses and saying it would defend its interests.

The decision added to jitters over the prospects of trade negotiations with China, reignited after Trump called for “a different structure” to any trade deal.

“The markets are adjusting now with lots of uncertainties, with China, North Korea, (and the prospect of) a trade war that could spill over to other parts of the economy and the world,” said Adam Sarhan, chief executive of 50 Park Investments in New York.

Nine of the 11 major S&P sectors were in the red, with the technology sectors.SPLRCT 0.5 percent decline weighing the most. The decline accelerated after the North Korea-U.S. summit cancellation.

Shares of European and Asian automakers skidded on the possibility of import tariffs, while U.S. automakers gained.

No N60bn Was Printed To Shore Up March Allocation, NEC Affirms