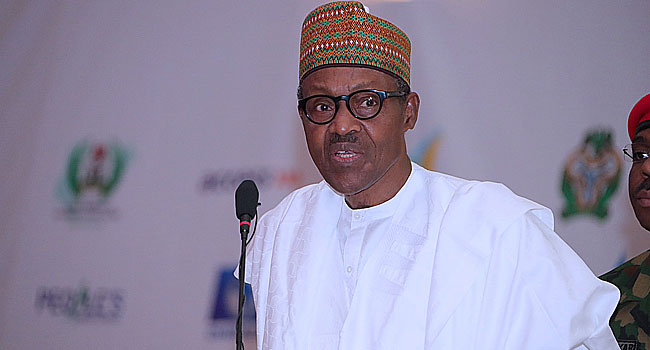 President Muhammadu Buhari has accused politicians of taking advantage of the herdsmen-farmers‘ crisis across the country for their personal gains.

The President made this known on Monday, in reaction to attacks in Jos, the Plateau State capital, a statement signed by his Senior Special Assistant on Media and Publicity, Garba Shehu said.

According to Mr Shehu, President Buhari decried the rate of killings in the country, adding that “desperate people had pursued their quest for instability and chaos which they hoped would give them an advantage in the coming elections”.

“We know that a number of geographical and economic factors are contributing to the longstanding herdsmen/farmers clashes. But we also know that politicians are taking advantage of the situation. This is incredibly unfortunate,” the President said.

Furthermore, the statement noted that “about one hundred cattle had been rustled by a community in Plateau State, and some herdsmen were killed in the process.”

It also said the state Governor, Simon Lalong, had invited the aggrieved groups and pleaded against further action while the law enforcement agents investigated the matter.

However, less than 24 hours later, violence broke out.

The statement further said that some local thugs took advantage of the situation, turning it into an opportunity to extort the public, and to attack people from rival political parties.

“There were reports of vehicles being stopped along the roads in the state, with people being dragged out of their cars and attacked if they stated that they supported certain politicians or political party,” the statement read.

It, therefore, called on citizens to avoid taking laws into their hands regardless of the situation.

“Nigerians affected by the herdsmen/ farmer clashes must always allow the due process of the law to take its course rather than taking matters into their own hands.”

Earlier, the President had asked residents to remain calm following the attacks on Saturday.

While describing the attacks as painful and regrettable, he, however, assured residents that the perpetrators will be brought to justice.

At least 86 persons were confirmed killed by suspected herdsmen during the attack on Gashish district of Barkin Ladi Local Government Area of the state.

He confirmed the casualty figure and destruction after a search and rescue team from the Plateau State Police Command visited the communities affected by Saturday’s attack.

23,000 Refugees Flee Into Niger Over Violence In North West Of Nigeria – UN

Politicians Are Blackmailing Me Over Herdsmen/Farmers Crisis, Says Buhari

US Mission In Nigeria Calls For Unity To End Killings