The Senate President’s convoy was reportedly blocked by the security operatives while he was about leaving his residence.

Saraki was to appear before the police today for a further investigation into alleged killings in Kwara state.

The move is said to be an apparent ploy to prevent them from making it to the National Assembly today because of an alleged plan by lawmakers to decamp from the ruling All Progressives Congress (APC).

Saraki had on Monday described the police invitation as a mere afterthought designed to achieve a political purpose.

In a statement by his Special Adviser on Media and Publicity Yusuph Olaniyonu, the Senate President had claimed that the police decision to invite him was an alleged ploy aimed at scoring cheap political points.

“The police have obviously corrupted and politicised their investigations into the Offa robbery incident,” he said.

The Senate President noted that the police had already decided on the suspects to arraign in court in Ilorin, the Kwara State capital on Wednesday, based on the advice of the Director of Public Prosecution (DPP), Mohammed Etsu.

Senator Saraki, however, insisted that he would not be intimidated by anyone and that he has nothing to do with the Offa robbery.

See pictures of security operatives’ convoy at Saraki’s residence below: 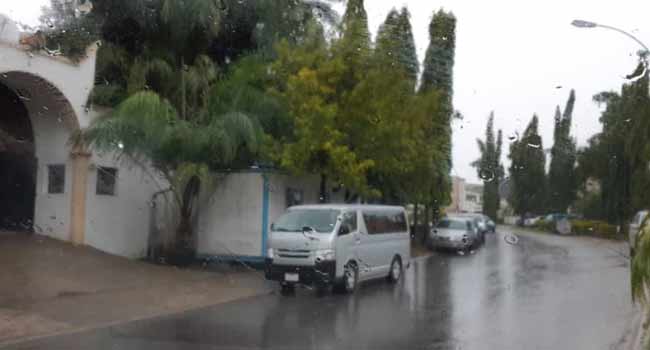 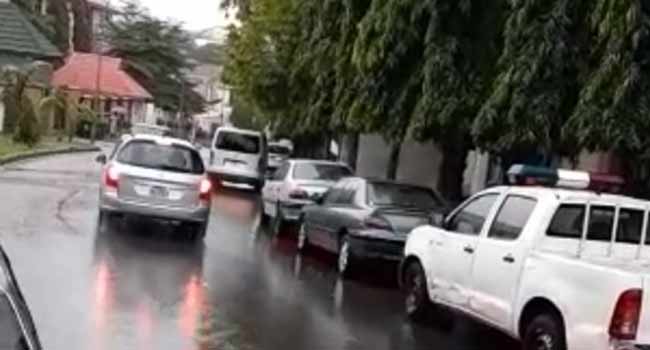