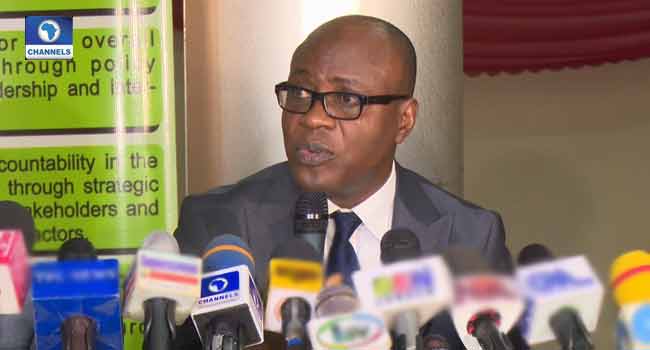 The International Board of Extractive Industries Transparency Initiative (EITI) says Nigeria has attained its satisfactory progress ranking in the implementation of its standards by member countries.

The ranking, which is done every three years, measures transparency levels in the sector by reviewing its entire value chain, and Nigeria, along with 6 other countries, attained the highest ranking out of the initiative’s 52-member countries.

Speaking at a press conference in Abuja, the Executive Secretary of the Nigeria Extractive Industries Transparency Initiative (NEITI), Mr. Waziri Adio said the country’s satisfactory progress status comes from Nigeria performing excellently in 29 out of the 31 standards countries measured.

“There are four categories, and all of them end with progress. The first one is that, no progress; that is, a country has not made any progress at all.

The second is inadequate progress; a country has made progress but not adequate. The third is meaningful progress. The last one which is the ultimate, highest position is satisfactory progress,” explained Mr. Adio.

According to Mr. Adio, there are seven categories of the value chain which were reviewed before arriving at the current progress ranking.“The first one is that they look at your multi-stakeholder set-up and governance.

“Then they would look at your revenue collection, allocation, socio-economic contributions of that sector if they are well covered in your reporting.

The last one is to look at the impact and outcome of your effort.”He said the chairman of global EITI, former prime minister of Sweden, Fredrik Reinfeldt, said, “Nigeria’s implementation of EITI standard remains in many respects a model for implementing countries globally”.