Abba Aji filed a petition at the Election Petition Tribunal sitting in Maiduguri, the Borno State capital in north-east Nigeria.

His appeal was among the early petitions at the Tribunal established to resolve the dispute that may arise as a result of the 2019 general elections.

A Senior Advocate of Nigeria (SAN), Joe Gadzama, filed the petition on behalf of the PDP candidate against Governor Shettima who contested the election on the platform of the All Progressives Congress (APC).

He challenged the outcome of the poll on grounds of alleged electoral malpractice such as abuse of process, vote buying, non-use of card readers, and substantial non-compliance with the Electoral Act among others.

Abba Aji prayed the Tribunal to nullify the election and order a new one or in the alternative, declare him the winner of the Borno Central senatorial district seat in the National Assembly.

Another PDP candidate, Bukar Shuwa, who contested for the Jere Federal Constituency seat, also challenged the election of APC’s Ahmed Satomi on the same grounds.

Meanwhile, the PDP candidate for the Maiduguri Metropolitan Council Federal Constituency, Abdulrahman Kachalla did not align with the decision of his co-party member.

On the other hand, Kachalla defected to the ruling party, a decision which caused confusion among his supporters in the state. 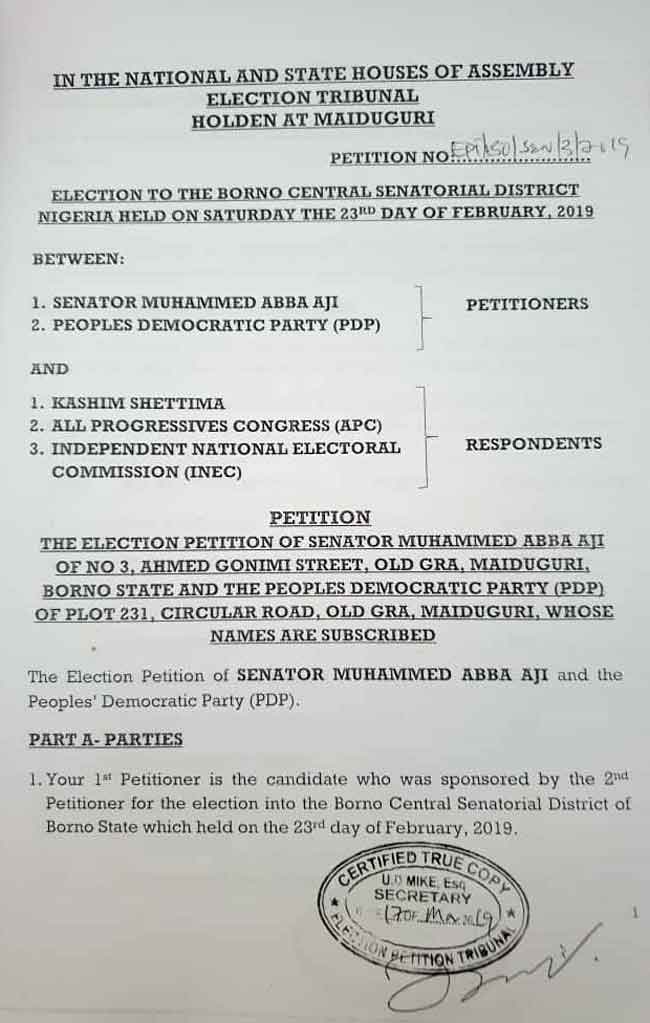