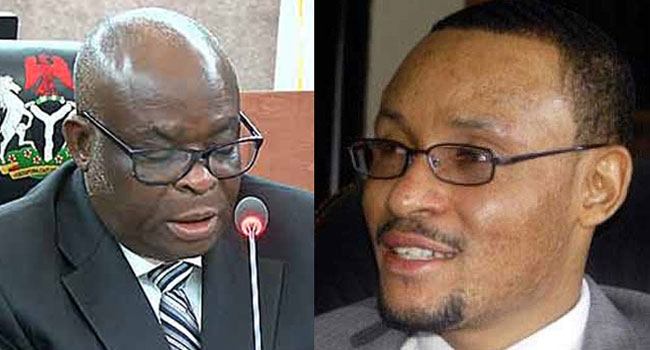 The suspended Chief Justice of Nigeria, Justice Walter Onnoghen, is planning to appeal the ruling of the Code of Conduct Tribunal (CCT) on his ‘no-case submission’.

He disclosed this in a notice of appeal on Friday shortly after the Tribunal held that Justice Onnoghen has a case to answer in his trial over alleged non-declaration of assets.

The CCT Chairman, Danladi Umar, had insisted that the judge must enter his defence on Monday next week, despite pleas to adjourn the case.

Dissatisfied with the ruling, Justice Onnoghen resolved to challenge the decision of the Tribunal at the Court of Appeal in Abuja.

He listed the “Federal Republic of Nigeria” as the sole defendant in the proposed appeal.

He added that the CCB, as a creation of the Constitution, was bound by all law made for the due process of the exercise of its powers under the law.

According to Justice Onnoghen, the members of the Tribunal erred in law when they overruled his no-case submission “when there is uncontroverted evidence” before it that there was no lawful investigation into the allegations against him.

He also claimed that the Tribunal erred in law when it dismissed his submission and refused to consider that the elements of the offence he was alleged to have committed were not proved by any legally acceptable evidence.

The suspended CJN insisted that the totality of the evidence was “hearsay”.

Read the full Notice of Appeal by Justice Onnoghen below: 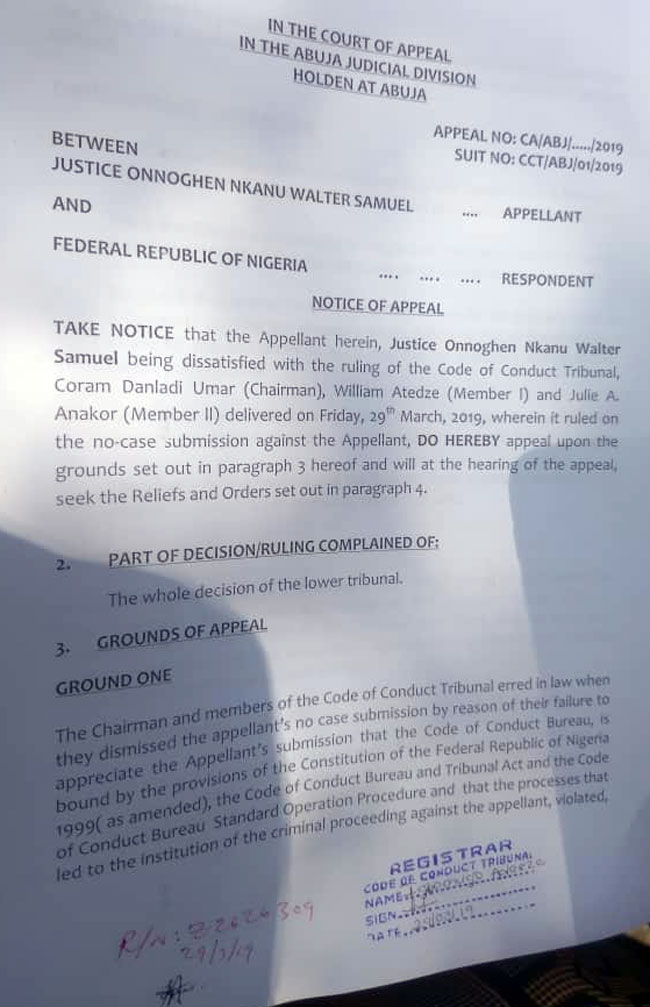 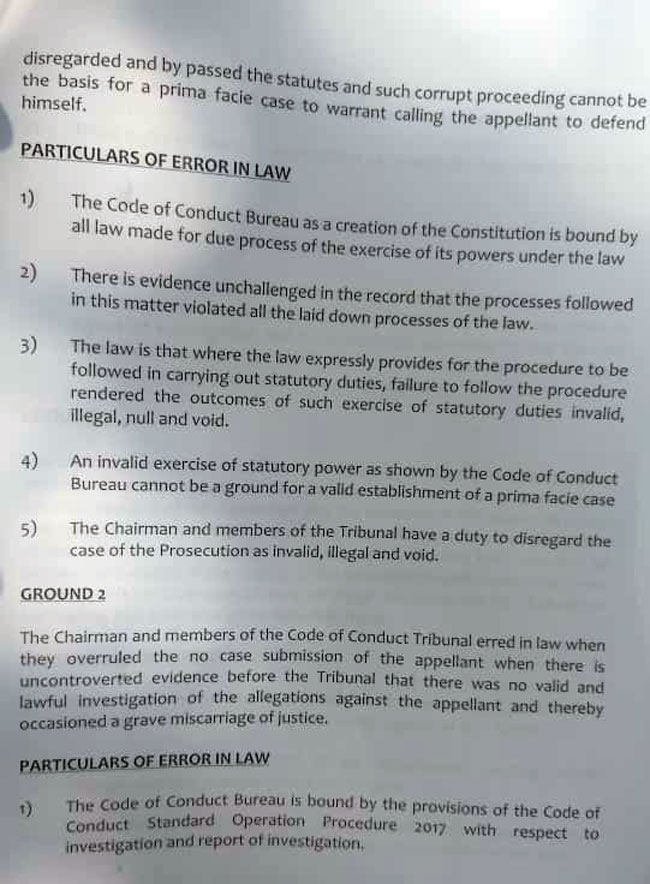 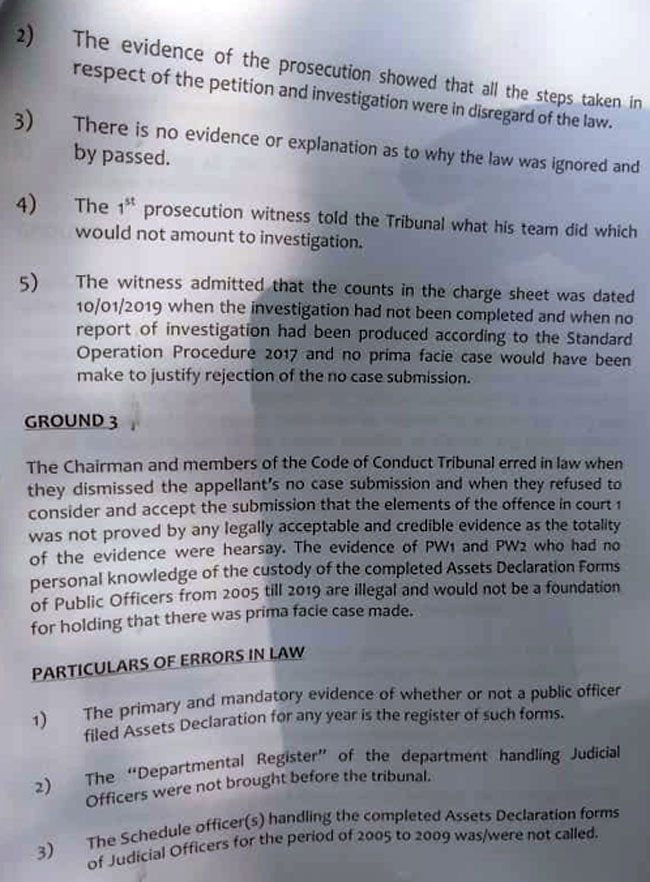 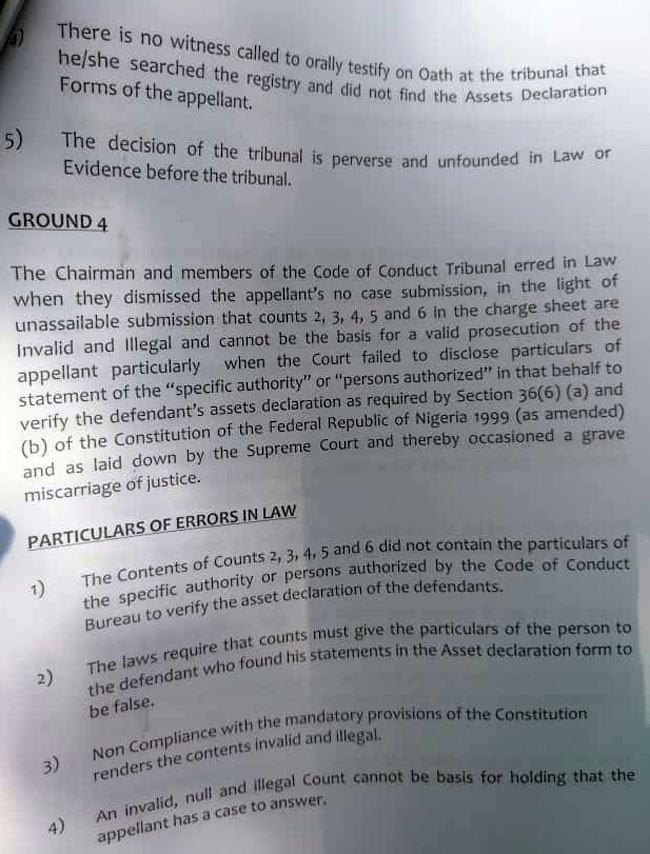 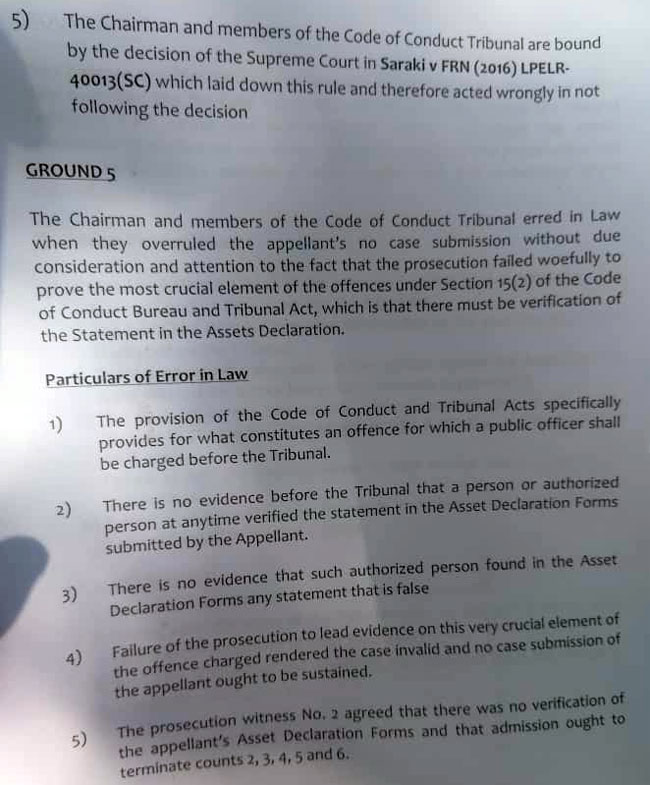 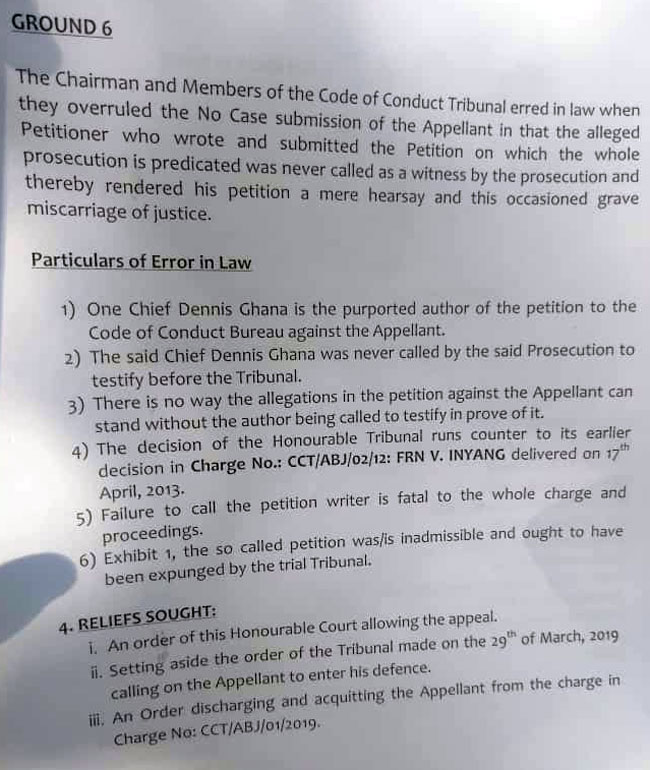