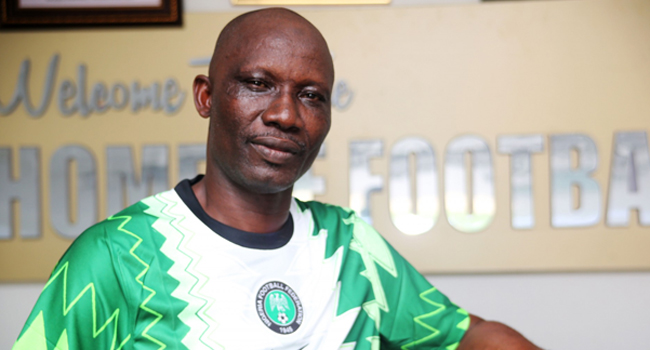 Head Coach of Nigeria’s U-20 male team (Flying Eagles) Ladan Bosso has called up 40 players for next month’s WAFU B U-20 Championship taking place in Niamey, capital of Niger Republic.

Invited players have been advised to arrive at the Blue Spring Hotel, opposite the Ministry of Justice (Maitama), Abuja on Monday, 18th April with their international passports, according to Team Secretary Aliyu Lawal Ibrahim.

Seven-time African champions, the Flying Eagles will play in Group B of the WAFU B Championship alongside Ghana and Burkina Faso, with the tournament scheduled for 7th – 20th May in Niamey. Hosts Niger Republic, Cote d’Ivoire, Togo, and the Benin Republic will contend in Group A.

Only the two finalists will qualify from the WAFU B zone to participate in the 2023 Africa Cup of Nations.

ALL THE INVITED PLAYERS:

The Niger state chapter of the All Progressive Congress (APC), in its expanded meeting, has passed a vote of confidence on the executive committee of the party in the state.

This was one of the resolutions of the 11th Expanded Join Working Committee meeting and Local Government Party Chairmen and Secretaries headed by the State Chairman, Mohammed Imam at the party secretariat in Minna.

Briefing newsmen, the APC Chairman of Lapia local government, Alhaji Ibrahim Tauheed, warned members to adhere strictly to the party constitution for its unity and success.

He said that state caucus meeting is a constitutional matter that must be chaired by the state chairman to discuss party affairs hence, the funding and welfare of the party and its officials must be given adequate consideration.

Tauheed, added that all elected and appointed members of the party should be invited to the state party secretariat to deliberate on the way forward for the party and state government.

He further decried the deteriorating security challenges in the state, especially in Bosso, Rafi, Shiroro and parts of Edati and Mokwa local governments that needed security measures to be put in place to curb the incessant attacks on the people in those areas.

Tauheed said that members of the political party must adhere to its constitutional provisions, noting that those arrogating unnecessary powers to themselves should desist from such act as the party was banded by rules and regulations which must be obeyed. 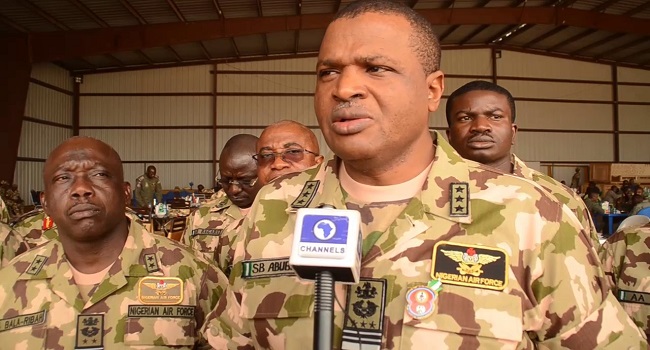 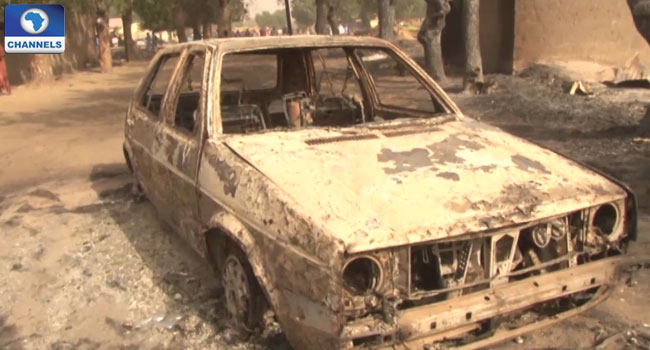 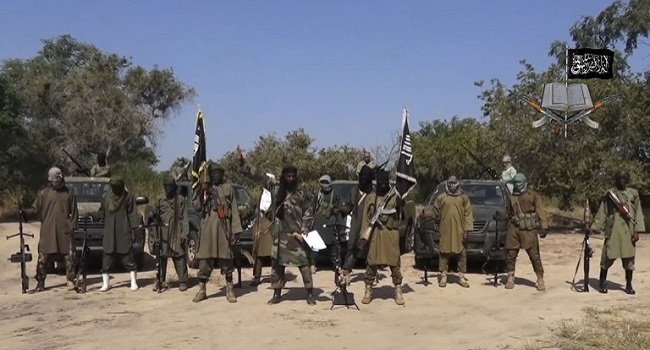 Niger and Chadian soldiers have been fighting the Islamist militants in a joint mission with Nigeria and Cameroon since March 2, in a bid to end Boko Haram’s six-year insurgency in north-east Nigeria.

The helicopters destroyed several vehicles and motorcycles carrying fighters in the village of Djaboullam, which lies east across the border from the Niger town of Diffa, the Niger officer said.

“Niger and Chad had received intelligence that a group of Boko Haram fighters had gathered in the border village,” the officer said.

The Niger military officer, who requested anonymity, said Boko Haram fighters had moved to Djaboullam after they were chased from other towns by the Nigerian army.

Militants were also gathering in other border towns from where they routinely launch mortar rounds into Niger, he said.

“We know they are massing in Malam Fatori, waiting for us to come,” he said, referring to another north-east town about three kilometers (2 miles) from Bosso, the nearest town across the border in Niger.

The regional offensive launched this year came as Nigeria, Africa’s most populous country and biggest economy, prepares to hold elections on March 28.

The offensive has succeeded in driving the militants from several towns and districts they previously held. Chad and Niger forces captured the town of Damasak from the militants last week. The Niger state chapter of All progressive congress (APC) has rejected the results of the just concluded Niger East Senatorial bye Elections.

Speaking at a Press conference in Minna, the party candidate in the election, Mr David Umuru, noted that the exercise was characterised with serious malpractices perpetrated by the Peoples Democratic Party (PDP).

He alleged that money and material such as shoes and wrappers were used openly to buy votes in many polling units.

The re-run was held in polling units in Bosso, Chanchaga, Munya, Paikoro, Rafi and Shiroro Local Government Areas on Saturday.

Returning Officer for the election, Prof. Morenikeji Olakonmi, who announced the results in Minna, said that Zagbai scored 92, 056 votes against Mr David Umaru of the All Progressives Congress (APC) who polled 87, 405 votes.

State Spokesperson of the APC, Mr. Jonathan Vatsa, had on Sunday rejected the results, saying the result announced by the INEC at the early hours of Sunday was “unacceptable” to the party.

He also said though the party was currently studying the result and will make its position known, but “for now the result is unacceptable”.

“Though the party is yet to take a decision on the outcome of the by-election, all I know for is that the result announced by INEC is not acceptable and in due course the official position of the party will be announced.

“The next line of action on the by-election will be taken after consultations at the state level. We are also in touch with the national headquarters of the party and our position will be made known”. 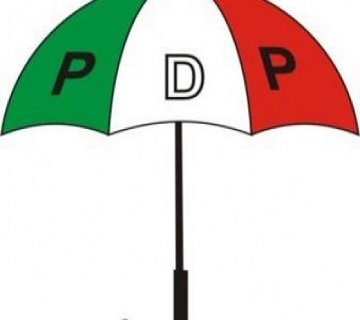 The re-run was held in polling units in Bosso, Chanchaga, Munya, Paikoro, Rafi and Shiroro local government areas on Saturday.

Prof. Morenikeji Olakonmi, Returning Officer for the election, who announced the results in Minna, said that Zagbai scored 92, 056 votes against Mr David Umaru of the All Progressives Congress (APC) who polled 87, 405 votes.

“We have come to the conclusion of the collation. I, Prof. Morenike Olakonmi, hereby certify that I was the Returning Officer for Niger East Senatorial District by-election held on the 6th day of September 2014.

“That Dr Shem Zagbai of the PDP, having satisfied the requirements of the law and scored the highest number of votes, is hereby declared the winner,’’ he said. 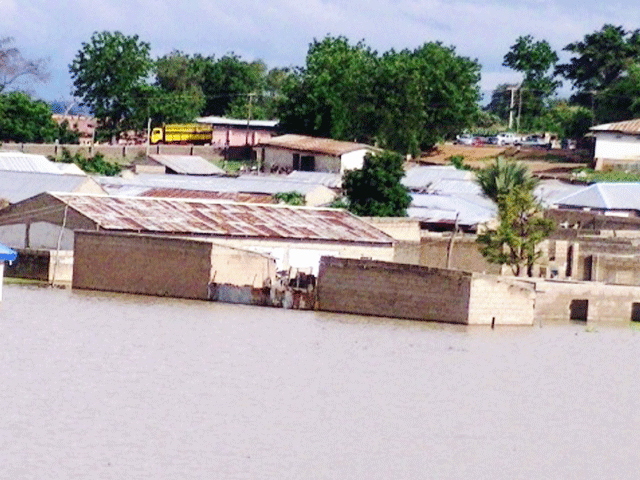 Flood waters in Adamawa state have left ten people dead while a yet-to- be confirmed number of people remain trapped.

According to him, heavy rainfall in the rural region of farms and cattle ranches also contributed to the inundation, which has left thousands of people displaced.

The flood deaths in Adamawa are coming after four people were killed by heavy rains in Bosso and Zungeru areas of Niger state.

A recent flood disaster in Jos, recently killed at least 68 people in Plateau state and destroyed a number of bridges, breaking the major means of transportation.

Some eyewitness who spoke to Channels Television said two brothers; Abubakar and Abbdullahi Gwaibaita of Gungel village of Bbosso council were swept away by the flood while returning from farm.

The two other victims were Fulani herdsmen who were found dead in the raging flood in Zungeru, the headquarters of Wushishi local government area of the state.

It was gathered that the herdsmen were swept away by the flood and slammed on a rock leading to their death.

Several houses, rice and sugarcane farmlands in Wuya Kede, Wuya Kanti, Batati and Muregi all in Mokwa local government area of the state were also swept away by the floods.