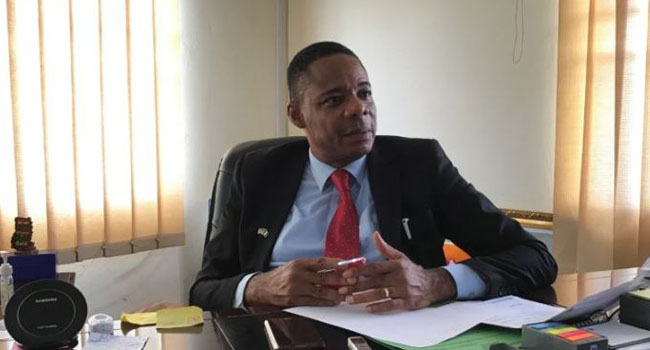 The attackers were said to have ambushed Dr Okogbenin’s vehicle at the Ramat park area of Benin City, the state capital.

Dr Okogbenin was on his way to Irrua when the gunmen accosted him.

Two security escorts who accompanied the doctor were reportedly shot and suffered life-threatening injuries while the CMD was whisked away.

According to eyewitnesses, the attackers shot into the air to scare people away.

The state police commissioner says an investigation is already ongoing in a bid to apprehend the kidnappers and rescue Dr Okogbenin.

Members of the medical and health workers, National Association of Nurses and Midwives have protested over the alleged imposition of a new Chief of Medical Director at the Federal Medical Centre, Abeokuta.

They said events leading to the conduct of the appointment interview did not follow the due process, saying it was shrouded in secrecy by the Federal Ministry of Health.

”The appointment of Prof Musa would be a recipe for anarchy and industrial disharmony which would not be accepted, the position of staff members as earlier communicated to the ministry by the above named unions/associations dated 13th December and 16th January 2017 is sacrosanct and not negotiable”.

‘We call on  all well meaning Nigerians especially our patient population should know that the ministry is hell bent in undermining a peaceful and congenial working environment, where patients come and receive medical attention and reprieve in forcing down our throat a misfit as the next medical director”. 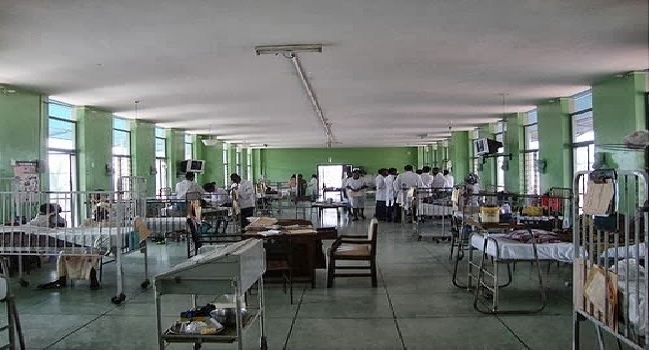 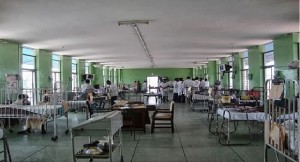 The Committee of Chief Executives of Tertiary Health Institutions, is calling on the Nigerian government to urgently amend the TETFUND Act of 2011, to accommodate Tertiary/Teaching Hospitals in terms of funding.

This is according to the Chairman of the committee, Dr Thomas Agan, who is also the Chief Medical Director (CMD) of the University of Calabar Teaching Hospital (UCTH).

Dr. Agan said: “It is possible that formulators of the Act were not sufficiently informed at the time. It is however not late to address this pathetic situation.

“The Act should be amended to incorporate Tertiary/teaching Hospitals.

He also suggested that section 7(1) sub-section 3 of the Act should read thus: “The distribution of the fund, shall be in the ratio of 2:1:5:1, between Universities, Tertiary Hospitals, Polytechnics and Colleges of Education”.

In a letter by the Chairman, to the House of Representatives Committee on Health Institutions, through the Federal Ministry of Health, the doctor said: “The Teaching/Tertiary Hospitals can be called the “workshop” of the Universities”.

This, according to him, is so because over 80% of all students graduating through any medical school of a university must have their training through the Teaching or Tertiary Hospital.

He wondered why the proponent of TETFUND did not consider it necessary to recognise Teaching/Tertiary Hospitals in Nigeria as Tertiary Institutions”.

“The activities intrinsic in a teaching hospital are obvious and can therefore be ascertained.

“I therefore, with due respect, believe that either the original advocates of this noble idea of TETFUND did not consult widely, or they must have been engulfed in ignorance of the mandates of a teaching/tertiary hospital”. 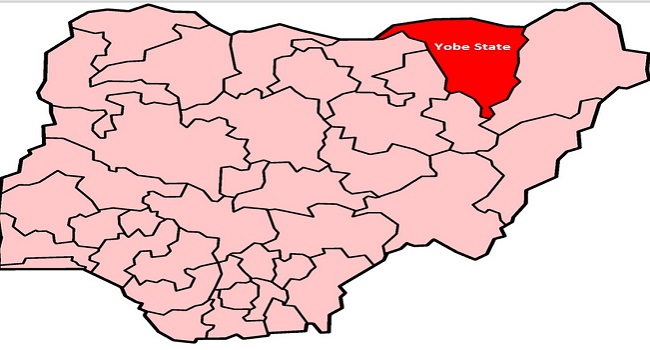 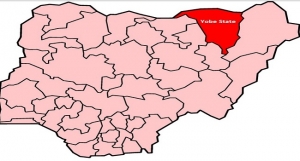 The Yobe State Government has under the Victims Support Funds (VSF), committed 15 million Naira to the procurement of health equipment, drugs and food for insurgency victims in the security threatened north-east state.

The Chief Medical Director (CMD) of the Sani Abacha Hospital in Damaturu, Yobe State capital, Dr. Garba Fika, revealed this on Monday while displaying the items procured and ready to be put to use across hospitals in the state.

The CMD said that the 15 million Naira was given to the hospital by the Presidential Committee on Insurgency Victims Support Fund and the money has been effectively put to use, to improve the health conditions of people in the state and beyond.

Dr. Fika said that the insurgency triggered influx of people in the state, thereby over stretching the health facilities in the state.

The CMD appreciated the efforts of the state and the Federal government, as well as donor agencies for their various contributions in supporting the state’s health sector.

Dr. Fika recalled that the Presidential Committee on Insurgency, under the VSF, had in August 2015 pledged the sum of 20 million Naira. He said the committee has so far released 15 million naira, with the assurance to pay the balance, pending further assessment of what the hospital has done with the 15 million Naira.

The CMD, who displayed both the equipment and items procured, said that the more the insurgency victims are well taken care of, the less the health complications. He gave the assurance that the hospital would continue to do its best in uplifting the health status of the people.

The Secretary of the State Hospital Management Board, Aliyu S. Fada, also gave the assurance that the procured equipment would go a long way in improving the over stretched health facilities in the state. He called on other donor agencies to play their parts in assisting the insurgency victims. 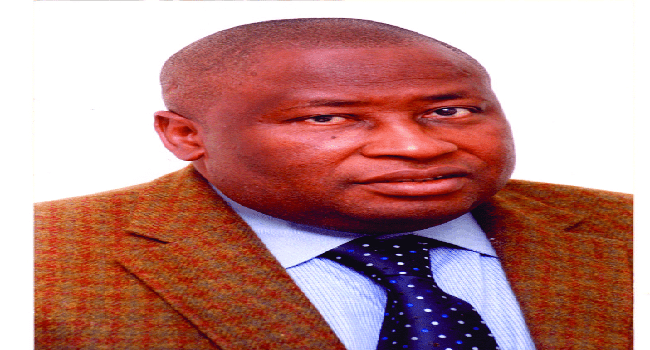 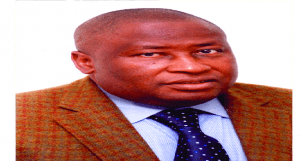 The Centre for Management Development CMD had said it would soon clamp down on management development institutions and consultants who have not registered with the government.

Director General of the Centre, Mr Kabir Kabo Usman told journalist in Abuja that only 48 registered institutions and 200 management development consultants across the country are qualified to build man power capacity for Nigeria’s public and private sector.

Mr Usman also said that the centre would soon embark on a nationwide tour of Management Development Institutions MDI and consultants with a view to giving further accreditation to qualified institutions and individual, while flushing out quacks from the market.

The CMD is a government parastatal under the Ministry of National  Planning, created to provide managerial and technical capacity and training for Civil Servants since 1973.

He added that in line with the government’s decision to restrict oversea training for civil servants, the centre would strengthen indigenous management training institutions and consultants as well as flushing out impostors from the market.

Following this, there is however mixed feelings among technical and management development experts on the decision of the government to restrict oversea training for staff.

The Federal Government spends about 16 million dollars each year for oversea training of staff. 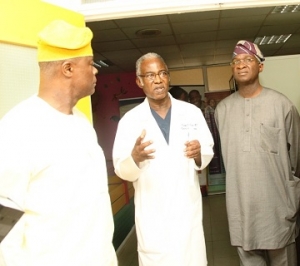 The Lagos State Governor, Mr Babatunde Fashola, on Friday, visited the First Consultants Hospital Obalende in Lagos, which has been certified ready for operation after the decontamination done for its treatment of the index Ebola patient, the Liberian-American, Patrick Sawyer.

Governor Fashola, briefing newsmen after the tour of the facility, said that his visit to the hospital was in order to identify with the staff on the way forward, adding that since the Ebola Virus Disease had been dealt with professionally, the way forward was to get on with life.

“It was also a doctor who just refused to give up on them, Dr. Davis, and this is the way it must be. Whether you are a journalist, a soldier, a police officer or a footballer, just do what you do with dedication and all will be well”, he said.

The Governor said the first stage of the containment process was to save lives while the second stage was to help affected businesses get up and run again.

He reiterated the need for members of the public to put the issue of EVD behind and get on with their lives.

“We (Nigerians) must not live in fear of what we do not know. We have dealt decisively, comfortably and professionally with what we know. Anything that comes out from the woodworks then we must confront it again and deal with it and resolve it,” he said.

Governor Fashola also told the Chief Medical Director of the hospital, Dr. Benjamin Ohiaeri, to articulate the equipment losses suffered by the hospital as a result of the decontamination after the death of the index case, with the view to assisting the hospital replace such equipment.

He, again, paid glowing tribute to the hospital staff, particularly the management, for the role they played in bringing the index case to the knowledge of the State Government instead of taking the easy way out. He added that if they had not insisted on detaining the patient, the story would have been devastatingly different.

Addressing the public, Governor Fashola said that everything relating to the issue of Ebola has been settled, adding that what remains was for the people to ensure that they take cleanliness very seriously by washing their hands regularly with soap and water.

The CMD, Dr. Ohiaeri, while regretting both the human and material losses suffered by the hospital as a result of the EVD infection from the index case, praised the Governor and the State Ministry of Health for their prompt response to the information on the index case, adding that although the Governor was on lesser hajj at the period, the Ministry acted promptly and professionally.

First Consultants Hospital was where the index case of EVD in the country, Mr. Patrick Sawyer from Liberia, was received and attended to on Sunday, July 20, 2014, after he was rushed from the Murtala Mohammed International Airport where he collapsed on arrival from his country.

With the Governor during the visit were some members of the State Executive Council including the Commissioner for Health, Dr. Jide Idris and his Special Duties counterpart, Dr. Wale Ahmed as well as other top government officials. 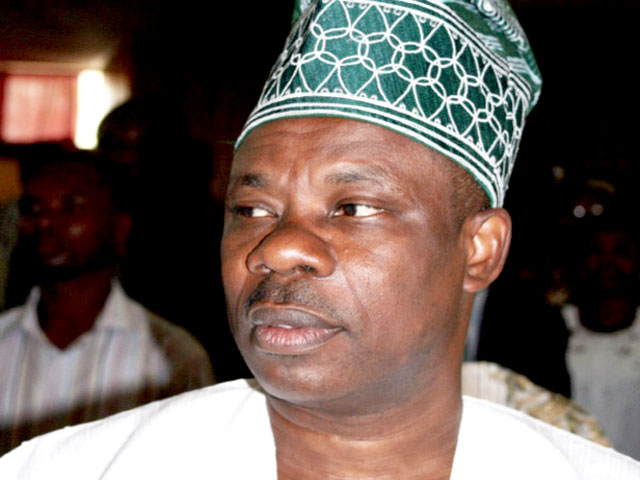 Professor Dipo Otolorin, a former Chief Medical Director (CMD) of the Federal Medical Centre, Abeokuta, has been announced as Chairman.

The new CMD, Prof. Jaiyesimi had once served as a member of the Governing Council and is a lecturer in the department of Medical Sciences of the University.