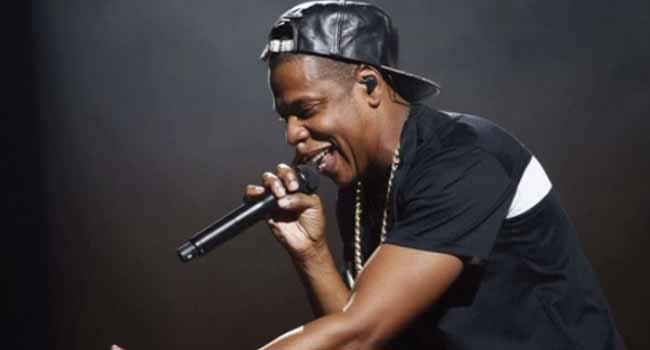 Jay-Z, who had never before been nominated in a major category as a solo artist, is up for Album of the Year for his “4:44” as well as for Record of the Year and Song of the Year.

“4:44” marked a return to music by the 47-year-old Jay-Z after years focused on business ventures.

The album put on display an unusually vulnerable Jay-Z who acknowledged his infidelity to wife Beyonce, explored his mother’s closet life as a lesbian and tackled the state of US race relations.

Bruno Mars, the fun-loving funk revivalist, also fared well with six nominations including Album of the Year for his “24K Magic.”

“Despacito,” the viral hit that tied for the most weeks ever on top of the US singles chart despite being in Spanish, was nominated both for Record of the Year, which recognizes the overall performance, and Song of the Year, which honors the songwriter.

The Recording Academy, which consists of more than 13,000 music professionals, will vote to decide the winners who will be unveiled at the annual Grammys gala on January 28.

The ceremony will take place in New York, Jay-Z’s hometown, to mark the awards’ 60th edition after 14 years in Los Angeles.

The industry was already set to honor Jay-Z at the pre-Grammy party thrown by music executive Clive Davis.

Hip-hop’s emergence as a major force at the Grammys comes after years of criticism about how little the entertainment industry recognizes African American artists.

In the past, only two rap-dominated albums have won Album of the Year.

Two years ago, Kendrick Lamar’s “To Pimp a Butterfly” — a widely acclaimed album that featured an unofficial anthem of the Black Lives Matter movement — controversially lost to Taylor Swift’s “1989.”

And last year, Adele expressed embarrassment over winning Album of the Year over Beyonce’s experimental and narrative-rich “Lemonade.”

This time, Swift was only nominated in minor categories, although her chart-topping new album “Reputation” came out too late for consideration for Album of the Year.

Ed Sheeran, another favorite for Grammy glory, was also shut out in the major categories.

Among other rappers, Childish Gambino — the stage-name of comedian Donald Glover who infuses funk and psychedelic R&B into his hip-hop — is up for Album of the Year and Record of the Year. 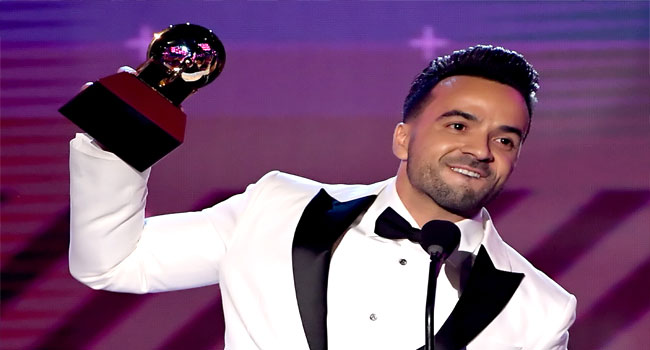 ‘Despacito,” the viral dance hit that swept past borders, won big Thursday at the Latin Grammys where singer Luis Fonsi announced a new frontier for the song — the Chinese-speaking world.

“Despacito” won four awards including Record of the Year and Song of the Year, which recognizes writing, in the year’s biggest night for Spanish- and Portuguese-language music.

The infectious reggaeton tune, which Fonsi sings with a rap assist from fellow Puerto Rican Daddy Yankee, was already a global hit when a remix featuring Justin Bieber brought it into the US mainstream.

“Despacito” became the most-watched video ever on YouTube and tied for most weeks on number one of the US singles chart — a feat all the more impressive considering how few non-English songs fare well in the world’s largest music market.

“It’s been a beautiful year. Twelve or 11 months of hard work representing our language in the entire world and enjoying a song that, thanks to Latin audiences and many beyond, has become so influential and has united the entire world and broken language barriers,” Fonsi told reporters at the gala in Las Vegas.

Fonsi is not done with “Despacito.” He announced he will launch a new version in two weeks with Singaporean singer and producer JJ Lin, a star in Mandarin-language pop.

“I sang a little bit in Mandarin. The song has become a worldwide phenomenon and singing it in Mandarin is an honor,” said Fonsi, who will tour Asia next year.

After working with Bieber, Fonsi has a collaboration ready with another North American star — “Echame La Culpa” (“Blame Me”), a new song that comes out Friday featuring Demi Lovato.

Fonsi described “Despacito” as an “ode to Puerto Rico” — ravaged in September by Hurricane Maria — and thanked Daddy Yankee, who was noticeably absent from the Latin Grammys.

Daddy Yankee recently told Puerto Rican newspaper El Nuevo Dia that he no longer wanted to perform “Despacito,” explaining, “Songs have their moment and they have to evolve.”

Fonsi denied any rift, saying of both Daddy Yankee and Bieber: “They are my brothers and without them I would not have achieved this.”

Panamanian singer Erika Ender, a co-writer of “Despacito,” found a more political meaning to the song which triumphed in the United States just after Donald Trump won the US presidential election after campaigning to get tough against immigration.

“This is a song that can break any type of barriers or walls,” she said, in a clear allusion to Trump’s pledge to build a wall on the Mexican border.

Puerto Rican rapper Residente of Calle 13 fame won Best Urban Album for his ambitious self-titled work, in which he undergoes a DNA test and records with musicians in each country in which he traces ancestry.

The album takes him as far afield as incorporating guitar from Burkina Faso and opera from Beijing and features a guest appearance by “Hamilton” creator Lin-Manuel Miranda who turns out to be a distant cousin.

Residente made a plea to a world awash in social media: “Art isn’t about numbers.”

“Stop posting about your number of followers and number of views and start talking about music,” he said.

Veteran Spanish songwriter Alejandro Sanz was feted Wednesday as the Latin Grammys’ Person of the Year and, accepting the trophy Thursday, dedicated the lifetime honor to “these guys who’ve been living in this country for many years and still have illegal status — the Dreamers.”

He was referring to the 700,000 undocumented immigrants who arrived in the United States as children and had been protected so long as they stayed out of trouble — until Trump in September set the stage to expel them.

“Dreamers!” Sanz shouted repeatedly as he performed a medley of his songs, young people rushing on stage to join him in an emotional embrace. 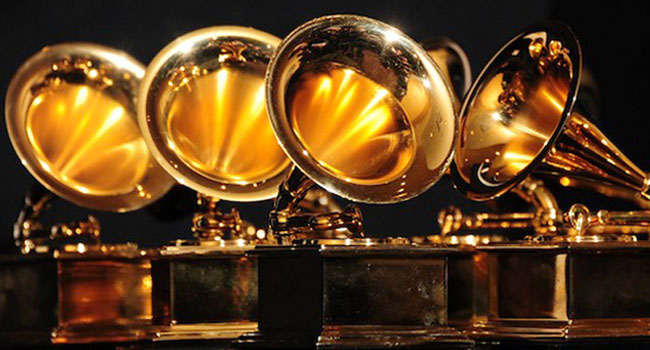 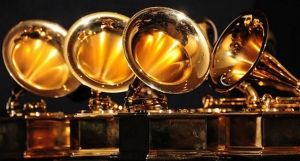 The Grammy Awards are headed to New York City.

The Recording Academy announced on Tuesday that the 60th anniversary of the music show will be held at New York’s Madison Square Garden on January 28, 2018.

The news came with a video by Spike Lee featuring the director, along with a host of iconic musicians, as they recount New York’s history with music.

The Grammys were last held in New York in 2003. It has since been at the Staples Center in Los Angeles for the last 14 years. 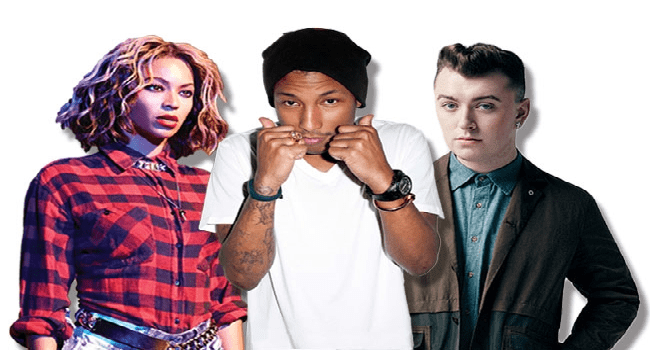 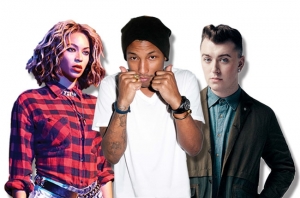 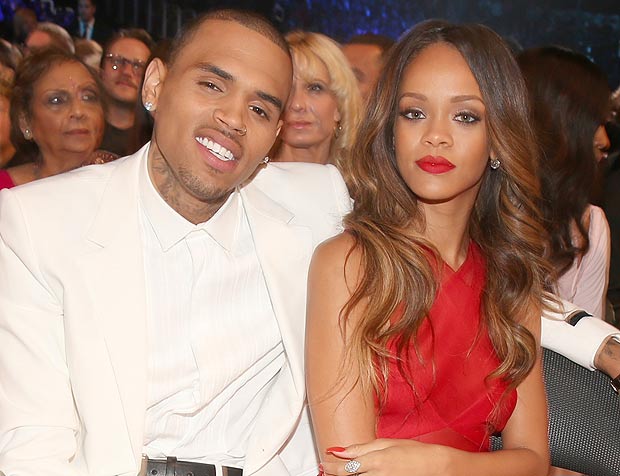 Controversial singer Rihanna and On and Off boyfriend Chris Brown are set to tie the knot sometime in July.

The couple have planned to have one of the wildest weddings in Hollywood history.

Recently Rihanna was spotted wearing a diamond ring on her left hand ring finger at both the Grammys on Feb. 10 and in Hawaii on Feb. 20, at her 25th birthday.

According to the couple “They want tattoo artists, fire breathers and a near-naked waiters. They’re even talking about having pre-rolled joints at the reception.

They added that the wedding, which will be happening in Barbados in late July, will be “all about swagger, bling and sin. They want to celebrate their relationship with people who believe Chris has changed.”

Whitney Houston’s autopsy report has been released and the official cause of the death is accidental drowning.

According to US Coroner Whitney was found submerged in the bathtub of her room at the Beverly Hilton Hotel on the eve of the Grammy Awards.

It was revealed that Heart disease and cocaine use were contributory factors in the late singer’s death, several bottles of prescription drugs were  also found in her hotel room athough were not in excessive quantities.

The US Coroner added, cocaine metabolites were found in Whitney’s system and were listed as contributing factors in her death that indicated the star was a chronic cocaine user.

Bruno Mars will be getting set to perform at the Grammy awards holding next month,others performing are the Foo Fighters,Nicki Minaj,Taylor Swift and Kelly Clarkson.

The Grammy Awards 2012 will take place in Los Angeles on Sunday 12 February.

Bruno Mars who was also nominated for six awards has been a household name for a long time has hilarious about the news after the announcement was amde.

Minaj has also been nominated for four awards at the ceremony, including best new artist and rap album for Pink Friday.

Kanye West has the most nominations with seven, including song of the year for All Of The Lights.

The rapper reached the top five in the UK album chart last year with Watch The Throne, a collaborative album with Jay-Z.

Adele is nominated for six Grammys after her hugely successful year in America, where she scored both the best-selling single and album of 2011.