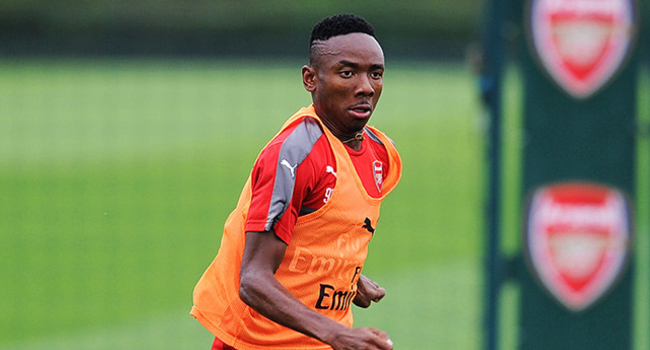 Nigeria and Arsenal midfielder Kelechi Nwakali has joined Dutch Eredivisie side VVV-Venlo on loan for the 2017-2018 season.

Nwakali who joined arsenal in 2016 spent last season in Holland gaining valuable experience with MVV Maastricht, where he made 30 appearances and scored two goals.

The 19-year-old has represented Nigeria at youth level, playing for the both the Under-17s and Under-20s.

He captained the side at the 2015 FIFA Under-17 World Cup in Chile where he won the Player of the Tournament award. 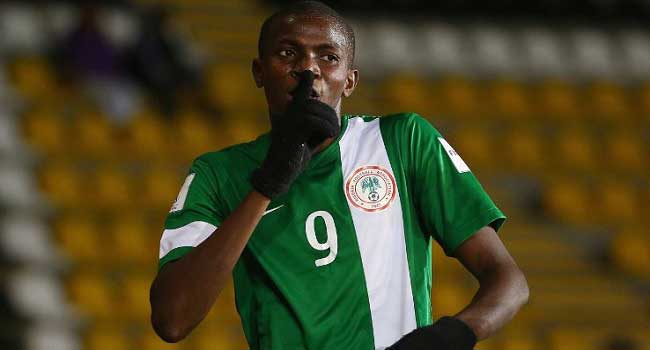 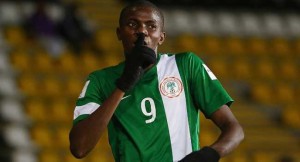 Osimhen set a new goal scoring record of 10 goals at the last FIFA U-17 World Cup in Chile as Nigeria won a record fifth title.

Warri Wolves striker, Oghenekaro Etebor, was awarded the most promising talent for his exploit at the 2015 CAF U-23 Championship in Senegal where he finished as top scorer. 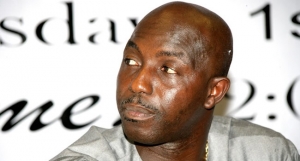 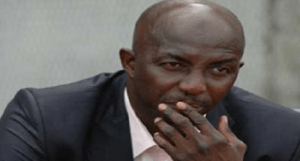 Nigeria U-23 coach, Samson Siasia, is considering drafting U-17 World Cup hotshot, Victor Osimhen, for the African U-23 Nations Cup in Senegal.

Osimhen setup a new goals record at the U-17 World Cup in Chile, where he scored 10 goals, netting in all seven games as Nigeria won a fifth global crown.

According to reports, skipper Kelechi Nwakali, who was named the Most Valuable Player of the U-17 World Cup and right-back, John Lazarus, were among those Siasia was considering for the Olympics qualifiers.

The African U-23 championship serves as qualifiers for the 2016 Olympic Games in Rio De Janiero, Brazil.
‎
Meanwhile, the Director-General of the National Sports Commission, Alhassan Yakmut, has applauded the sterling performance of the Golden Eaglets who defeated Mali to retain the FIFA Under-17 World Cup.

Mr Yakmut disclosed to Channels Television that the Eaglets and other athletes, who recently won laurels for the nation would be hosted by President Muhammadu Buhari at a later date to be communicated to the athletes and their coaches. 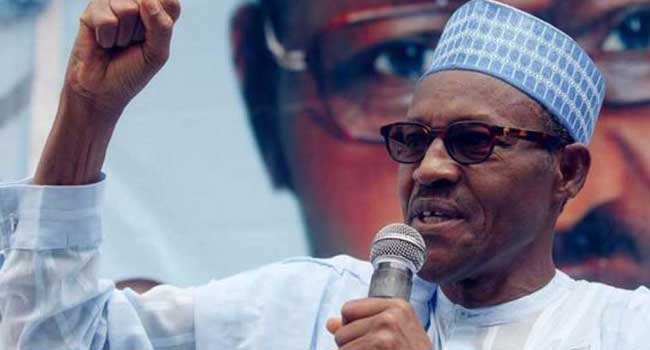 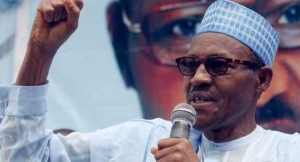 President Muhammadu Buhari had congratulated the Golden Eaglets of Nigeria on their victory over Mali in the final match of the 2015 Under-17 FIFA World Cup tournament in Chile.

In a statement by Mr Femi Adesina, who is his Special Adviser on Media and Publicity, President Buhari, on behalf of Nigerians and the Federal Government, applauded the “exemplary zeal, determination, commitment, hard work, patriotism and soccer artistry” which the youthful Golden Eaglets put on display throughout the tournament  to win the championship for a record fifth time.

The President also noted with delight that the Golden Eaglets not only won the coveted Under-17 FIFA World Cup, but they are also bringing home highly-valued individual awards such as the Golden Boot won by Victor Osimhen for being the tournament’s highest goal scorer and the Golden Ball, won by the team captain, Kelechi Nwakali for being the best player.

President Buhari believes that by their triumph in Chile, the Golden Eaglets have shown the world that the indomitable Nigerian spirit is alive and waxing stronger.

For the President, the Golden Eaglets’ latest victory on the global stage is an affirmation of the significant progress Nigeria is now making towards positively redefining and rediscovering its potential for greatness in the comity of nations.

President Buhari trusts that if all other Nigerians could imbibe and exhibit the doggedness, determination and patriotism displayed by their youthful compatriots in Chile, Nigeria would make faster progress towards becoming the strong, united, peaceful, secure and prosperous nation envisioned by its people.

The President awaits the Golden Eaglets’ triumphant return to a heroes’ welcome from a joyous and grateful nation. 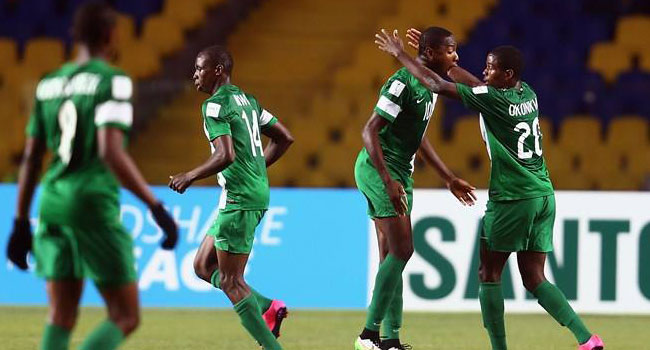 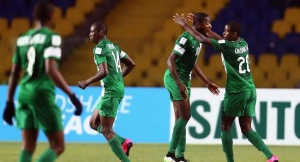 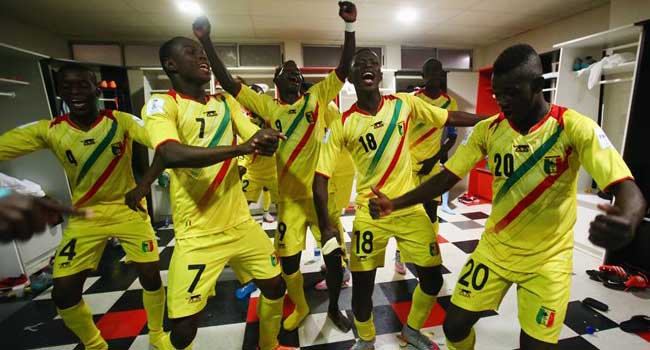 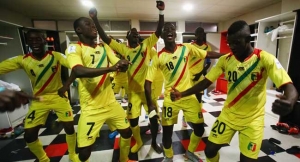 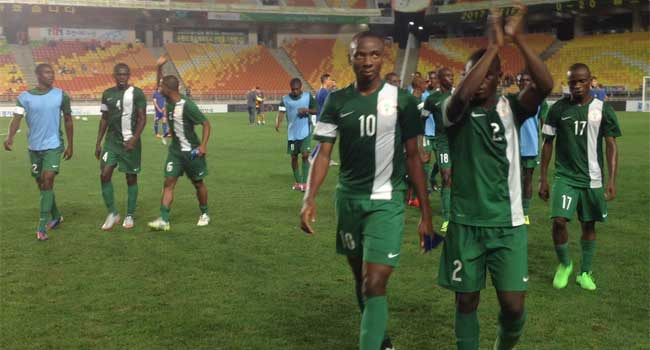 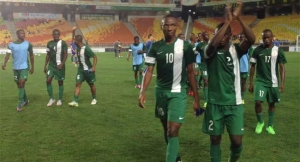 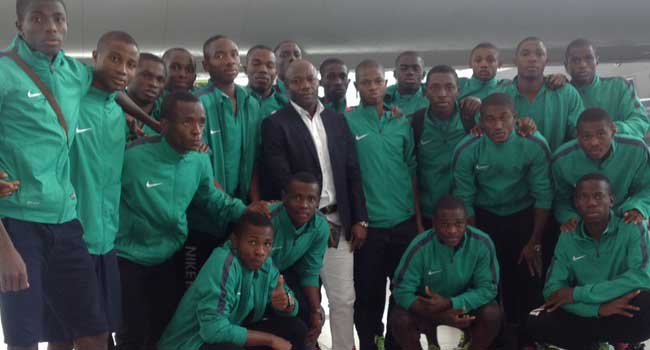 Golden Eaglets coach, Emmanuel Amuneke, has said that his team are title contenders at the ongoing FIFA u-17 World Cup.

This came as the Eaglets cruised to the quarter finals of the competition following the victory against Australia in Vina Del Mar on Thursday morning in the round of 16.

A hat-trick from Victor Osimhen and other goals from the trio of Kelechi Nwakali, Edidiong Essien and Samuel Chukwueze ensured that Nigeria maintained her long time dominance over the Aussies who were initially seen as a tricky side.

However, Coach Amuneke said that the philosophy of his team was to play collectively, though he admitted that Victor Osimhen, who scored a hat-trick had a great game.

The Eaglets, who had scored 14 goals, have become the first team to score six goals in a FIFA U-17 World Cup knock out phase as they attempt to win the trophy for the fifth time.

The Nigerian team are due to face the Brazilian side in the quarter finals on Sunday, November 1. 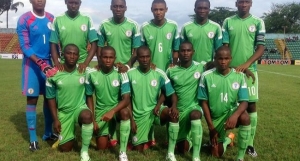 Kelechi Nwakali, Victor Osimhen, as well as Ebere Osinachi, have been picked to lead Nigeria’s Under-17 squad to the FIFA World Cup in Chile in October.

The trio were in the team that secured the country’s World Cup ticket at the African Under-17 Nations Cup in Niger in February.

New faces in the team are David Enogela, Ibe Tobechukwu and Ejike Ikwu.

The Defending Champions would begin their campaign at the tournament against the United States of America on October 17 at the Julion Martinez national stadium in Santiago.