Rebasing The GDP: Nigeria Emerges As The Largest Economy In Africa 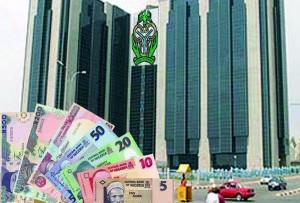 Nigeria has emerged the largest economy in Africa.

The Statistician-General of Nigeria, Dr. Yemi Kale, made this public at an event in Abuja on Sunday, April 6.

He announced that the current GDP of the country stands at $510 billion, and according to him, this makes Nigeria the largest economy in Africa.

Explaining the concept of GDP and how it is calculated, in a presentation on the process of rebasing the nation’s GDP, Dr. Kale noted that rebasing does not imply new figures only, but shows clearly the performance of the economy in data form.

He noted that rebasing and re-benchmarking of the GDP was just one of the things the country needs to get its statistics right.

He, however, warned that it was important that Nigerians “do not mix data with ideology”. He added, “We need to be more objective in the way we apply our data.”

The last time Nigeria rebased its GDP was in 1990.

South Africa Sets Out Budget As Economy Reels From Pandemic

Heineken To Cut 8,000 Jobs As Virus Takes Fizz Out Of Sales