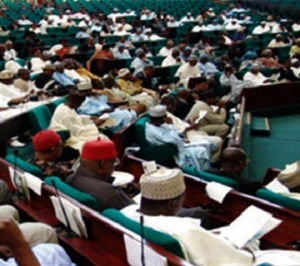 The House of Representatives is expected to reconvene today to discuss President Goodluck Jonathan’s request to extend the State of Emergency in the north eastern states of Adamawa, Borno and Yobe States.

Speaker of the House of Representatives, Aminu Tambuwal had directed the House to reconvene today after it adjourned sitting of its plenary on 28th of October to 3rd December 2014 to allow members of the House carry out pre – budget oversight activities in preparation for the 2015 budget and also to meet the political calendar of all the political parties.

This adjournment was unanimously approved by all the principal officers of the House without dissent and the motion was moved by Mulikat- Adeola Akande, the Majority Leader.

The Speaker, Aminu Tambuwal, in a statement said he “received a communication from the President, Commander-in- Chief of the Armed Forces, Dr. Goodluck Ebele Jonathan GCFR, requesting for the extension of the existing State of Emergency in Adamawa , Borno and Yobe States by the House of Representatives.

“Pursuant to the powers conferred on me by Section 305 ( 2 ) of the Constitution of the Federal Republic of Nigeria 1999, which requires me to “forthwith convene or arrange a meeting of the House” and in order to treat the extension before the expiration of the current State of Emergency in accordance with Section 305 (6) (c) of the Constitution, I hereby reconvene the House of Representatives, currently on Recess.”

The Speaker said the Thursday resumption has a single agenda which is “Consideration of Mr.President’s request for extension of the existing State of Emergency.

This will be the third time the President will be requesting for an extension of the State of Emergency in Adamawa, Borno and Yobe States since May 14, 2013.