Strike Will Expand As It Progresses, NLC Confident 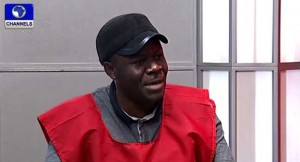 The leadership of the Nigeria Labour Congress (NLC) are confident that their nationwide indefinite strike to protest fuel price hike announced by the Federal Government would achieve its purpose.

“The strike commenced this morning as I speak to you and as we progress on the indefinite strike, it will expand itself,” Vice President of the Nigeria Labour Congress (NLC) Amechi Asugwuni, said on Channels TV’s Sunrise Daily.

Talks between the federal government and the Ayuba Wabba-led Nigeria Labour Congress (NLC) had ended in a deadlock on Tuesday evening.

The NLC delegation to the meeting, led by its President, Mr Ayuba Wabba, walked out of the negotiation following the inability of the two parties to reach an agreement and thereafter told journalists that the strike would hold on Wednesday as planned.

This was after the National Industrial Court had restrained the Nigeria Labour Congress (NLC) from going on its planned strike, pending the hearing and determination of a suit brought before it by the Attorney General of the Federation (AGF), Abubakar Malami.

Mr Asugwuni, however, said that the NLC was unaware of any court order stopping it from embarking on strike.

He maintained that as far as they were concerned, the NLC had no case with the Federal Government at the Industrial Court and there has been no summon to the contrary.

Mr Asugwuni said that if there was anything of such, it would be communicated with due process followed and not based on newspaper headlines or an interview granted the media.

“If at all the AGF got the injunction as claimed, the truth of the matter is that it is total disrespect for dialogue.

“That is to tell you that even while they were with labour on the table, they had already started the court processes against our interest. So they were not sincere from the beginning,” he said.

He insisted that labour’s insistent on proceeding with the strike was in the interest of the people.

Mr Asugwuni also argued that the Wabba-led faction of the NLC remains the legitimate NLC that should be recognised by the government and citizens.

“NLC is one in Nigeria. So when I see people talk about faction, they are trying to play down on Nigeria’s constitution.

“Looking at the Federal Government through the comrade governor, Adams Oshiomhole, giving recognition to an impersonator also looks criminal. As far as we are concerned, it must be discouraged.

He also questioned the credibility of the position held by the Ajaero-led faction of the NLC.

“I watched Ajaero talk and you can see his posture. It was a stage-managed interview trying to divide the opinion of people but they can’t stand.

“Nigerian Labour Congress is one and we have one office, one President who is Comrade Ayuba Wabba, and who is right there in his office.

“The just concluded May Day, the federal government was represented and they were there. So how can they turn back now? Because you want to divide the house, you start recognizing people you already know are neither here nor there.”