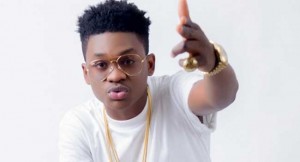 Chocolate City artiste, Dice Ailes, has joined M.I. in reiterating the fact that the music imprint, is not imploding as suggested by many.

Following the exit of ice-prince and rapper, Milli, from the group Chocolate City, the ‘Telephone’ singer told Channels Television that they left amicably and nevertheless, still maintained a good relationship with the record label.

“We’re doing well at Chocolate City, I think it’s just growth. People are pretty much growing and evolving into new things. Ice-prince left but he’s still a part of the family.

“Everybody is doing their own individual thing but we’re still a collective family at the end of the day,” he said.

Highlighting the progress of his career in Nigeria, the performing artiste talked about his latest single, ‘Machinery’. “It is doing pretty well… really accepted by the streets”.

He also mentioned that his new single, ‘Miracle’, featuring Lil Kesh, would drop sometime between late August and early September.

Although, he started performing in Canada, until he was introduced to the Nigerian mainstream music in 2014 by the Chocolate City label, the artist said it was not much of a task.

“I like to believe that I’m a very versatile artist. I can band however I choose. So it wasn’t really much of a task.

“I just knew that the Nigerian commercial market wanted to hear a certain thing and I gave it to them with ‘Machinery’,” he said.

Here is a video of the song, Machinery.