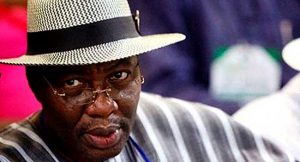 China Loans: Why I Told Reps Not To Probe Too Much – Amaechi