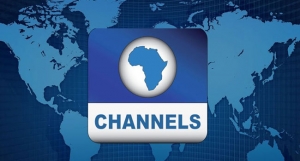 After twenty-one years of providing professional broadcasting to its teeming viewers, the management and staff of award winning station, Channels Television, have rolled out the drums to celebrate the station’s various achievements.

The first in the series of activities lined up for the celebration took place in Lagos on Sunday, with a thanksgiving service at ‘our saviour’s’ church.

The vicar of the church, Venerable Julius Oyediran congratulated the founders of the station, John and Sola Momoh for their vision and professionalism.

He said it is heart-warming to know that 21 years after, Channels remains the undisputed source of news for most Nigerians.

He also spoke about the security situation in Nigeria and thanked the federal government for its efforts in alleviating the suffering of the citizens.

The clergyman however mentioned that there are some others that are inimical to the success of the country, and they would not be successful.

According to him, “there is a rumour that the National House of assembly is collecting up to 15 million monthly per head, as monthly remuneration.

“If that is true, then they are evil and they are wicked and insensitive to the plight of the citizens of this country.”

He then called on such persons to repent from their actions, stating that a lot of people are being owed salaries while even some pensioners have died waiting for their pensions.

He therefore charged the government and those in power, to change their ways for the good of those who elected them there.