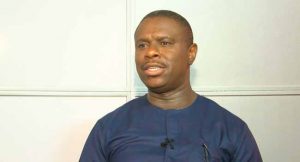 The Director General, Nigerian Maritime Administration and Safety Agency, (NIMASA), Mr Dakuku Peterside, says a lot has to change if the country must compete with the rest of the world in the maritime sector.

He made his position known in an interview with Channels Television on Saturday.

He, however, pointed out some of the achievements of the sector in recent times, among which is the decrease in piracy.

Apart from that, he stated that in terms of maritime safety, the number of detentions of vessels calling at the ports have reduced because according to him, “people are now more aware that we have zero tolerance for substandard vessels.”

“We have also conducted more inspections than in previous years,” he added.

The Maritime boss also hinted that the Ministry of Transportation was pursuing the real establishment of the national fleet driven by the private sector; an initiative to which NIMASA is giving its total support.

Meanwhile, it was also revealed that indigenous players in the maritime industry may soon begin to rip the benefits of the Coastal and Inland Shipping Act as Nigeria is set to disburse over a hundred million dollars sabotaged vessel financing fund.