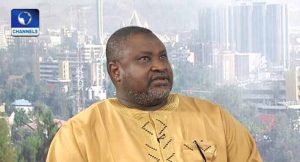 A resident of Southern Kaduna, Umar Gana, has attributed the crisis rocking the region to politics.

While many have assumed that the crisis has so far been as a result of indigene and non-settler indigene crisis, religious crisis, farmers and herdsmen clashes, Mr Abeh insisted that “it cannot be pinned down to just one aspect but if you group it together, there is a strong element of politics”.

Explaining further, he noted that statistically, the southern Kaduna area is predominantly PDP and certain elements within the various communities are yet to come to terms with the new government and they have taken it upon themselves to unleash all sorts of criminality, which according to him, were highly unheard of before now.

He also noted that the crisis is largely as a result of lack of enforcement of law and order.

He noted before 1987, the region was very peaceful and residents lived in harmony even as he was born there and has lived there for close to 60 years.

According to him, since 1987, it has always been from one problem to the other and since 2011 till date, almost 4000 lives have been lost.

The Kaduna State Commissioner of Police, Agyole Abeh, who spoke to Channels Television via telephone, said the incident is quite unfortunate especially as the region had started experiencing relative peace.

He, however, noted that the Force is doing everything possible to unravel the reasons behind it and ensure that peace returns to the area.

Kajuru Killings: CAN Calls On FG To Protect Helpless Citizens