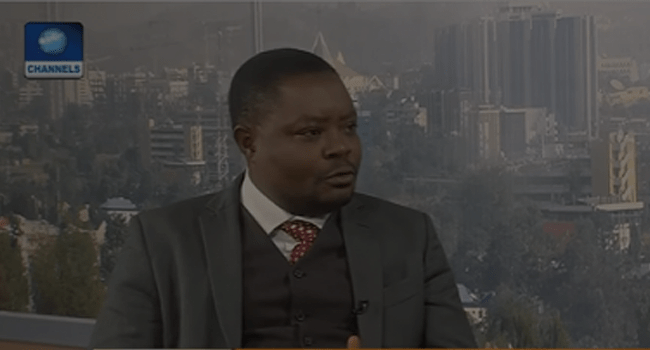 A legal practitioner, Mr Emmanuel Anene, has accused President Muhammadu Buhari of breaching the Constitution of the Federal Republic of Nigeria by imposing himself as the Minister for Petroleum Resources.

Mr Anene said, “The administration brought in the Whistle-Blowing policy, but had failed in putting it through the National Assembly for approval,” while appearing as a guest on Channels Television’s Sunrise Daily on Friday.

“Mr President made himself the Minister of Petroleum by fiat. He did not submit himself to the NASS for clearance that is a breach of the constitutional provision. When we come on board, we heard of the Dasuki-gate. Today, Dasuki is being prosecuted; he has taken his bail to the Supreme Court (ordinary bail).

The lawyer questioned the government’s seriousness in fighting corruption while wondering why Dasuki’s bail lingered for two years.

“Government is pretending that they are fighting corruption. Supreme court, Court of Appeal and even the lower courts have repeatedly ruled that you should not use bail as a punishment.

“If the government is serious about prosecuting Dasuki, why will it take it them two years to determine the bail of Dasuki?” he questioned.

On the yet-to-be-released a report on the suspended Secretary to the Government of the Federation, Mr Babachir Lawal, he added, “Look at the corruption involving the SGF, they set up a committee when we have the EFCC, ICPC, Police. A committee was set up to investigate SGF, up till now; there is no report of that committee.

“The recent one, $25bn awarded by NNPC, an agency in the Ministry of petroleum. Now the question is, $25bn is Nine trillion naira, well over Nigerian budget. Where will NNPC fund that contract? What is the purpose of that contact?”

We Will Not Allow Religion To Divide Nigerians – Buhari