I Am Going To World Cup At Putin’s Invitation, Says Blatter 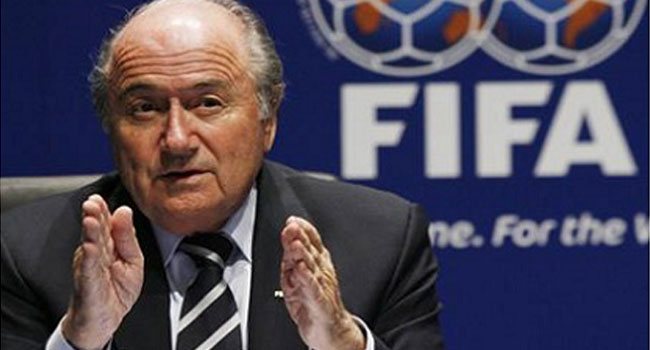 FIFA’s disgraced ex-president Sepp Blatter has told AFP he will go to next year’s World Cup in Russia at the invitation of President Vladimir Putin, despite being banned from football.

“I will go to the World Cup in Russia. I received an invitation from President Putin,” the 81-year-old said in an interview.

Blatter said Michel Platini, the ex-UEFA president who is banned from football over corruption, had also been invited to the tournament by Putin.

But according to one of his close allies Platini “hasn’t received an invitation from Putin to go to the World Cup and doesn’t know what he will be doing next summer”.

Blatter, who led world football’s governing body for 17 years, was thrown out of the sport in 2015 at the height of a massive corruption scandal.

FIFA’s ethics committee has suspended him from all football-related activities for six years after finding him guilty of accepting an improper 2 million Swiss franc ($2.1 million, 1.8 million euros) payment from then-UEFA chief Platini.

But the ever-defiant Blatter said he had no plans to miss the World Cup, an event he has habitually attended since going to work at FIFA in the 1970s.

“I don’t know how long I will go for, whether I will be there for the opening match or the final,” he said during the interview in Zurich.

“Because I can’t work in football and I don’t have an assignment to do, maybe I will only make a short visit.”

Blatter is also the target of an investigation by Swiss prosecutors over alleged criminal mismanagement at FIFA and the infamous Platini payment.

Switzerland has ongoing probes into the 2018 World Cup, including possible bribery and corruption that may have led to Russia winning hosting rights.

“I’m sure that World Cup 2018 will be a great World Cup. Russia has to show that it can welcome the whole world. It’s a big challenge,” Blatter said.

It was not immediately clear how the FIFA ban would impact Blatter’s attendance at matches or events.

Platini, banned from football for four years, was allowed to attend Euro 2016 matches in his native France, provided he played no official role.