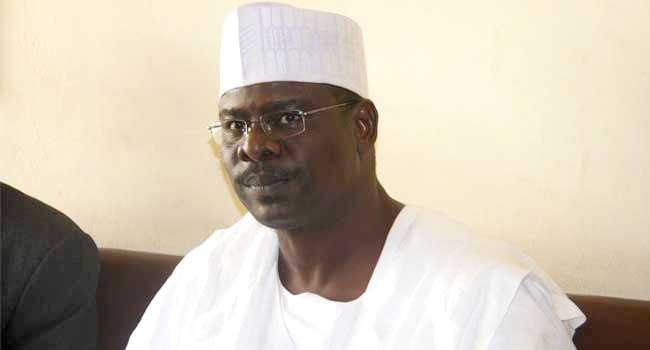 A Federal High Court Sitting in Abuja has voided the suspension of Senator Ali Ndume and ordered the Senate to reinstate him.

Senator Ndume, who represents Borno South Senatorial district, was suspended by the leadership of the Senate in March.

In a judgment delivered on Friday, Justice Babatunde Quadri, declared the lawmaker’s suspension as illegal and ordered his reinstatement.

He added that the suspension was an exhibition of lawlessness on the part of the Senate, insisting that it was unlawful for the Senate leadership to have suspended the senator in the first place.

Ndume, the immediate past Senate leader, was suspended On March 30 after he drew the attention of the Senate’s leadership to some reports in the media.

In the reports, it was alleged that the Senate’s invitation of the Comptroller General of Customs, Hameed Ali, was in respect of the seizure of a vehicle imported for Senator Saraki with forged papers.

The reports had also claimed that the Customs boss was summoned by the lawmakers in connection to the controversy over Senator Dino Melaye’s educational qualifications.

Meanwhile, the Federal High Court In Abuja had earlier dismissed the four charges of terrorism brought against Senator Ndume.

Justice Gabriel Kolawole set the lawmaker free on July 4 on the grounds that no prima facie case was established against the lawmaker.

Delivering judgment in a no case submission argued by Mr Ricky Tarfa on behalf of the Senator, Justice Kolawole held that the prosecution failed on all fronts to link the defendant with the alleged crime of hoarding information on terrorist activities and sponsoring the Boko Haram terrorist group.

The judge stroke out all the four charges and faulted the prosecution for failing to call eminent personalities to give evidence in respect of the charges against the defendant.

We Will Continue To Invest In Road Transport Infrastructure – Gbajabiamila