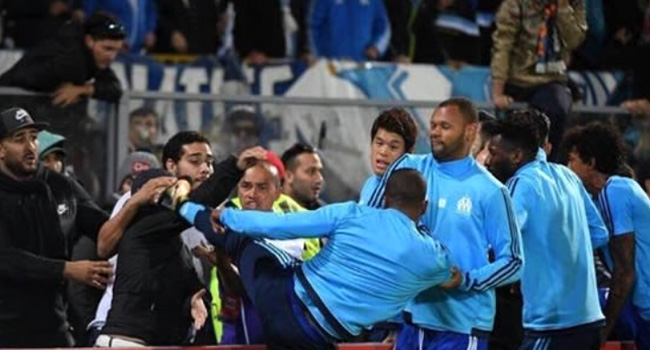 Patrice Evra ended his career with Marseille on Friday after his infamous karate kick on one of his own fans, the French giants announced.

Marseille said they and the 36-year-old had both agreed that the former Manchester United and French international would leave by “mutual consent”.

Just moments earlier, Evra was banned by UEFA from all European tournaments until June 30, 2018 and fined 10,000 euros.

Evra was widely condemned for the assault on a Marseille spectator which took place during the pre-match warm-up of a Europa League tie at Portuguese side Vitoria Guimaraes last week.