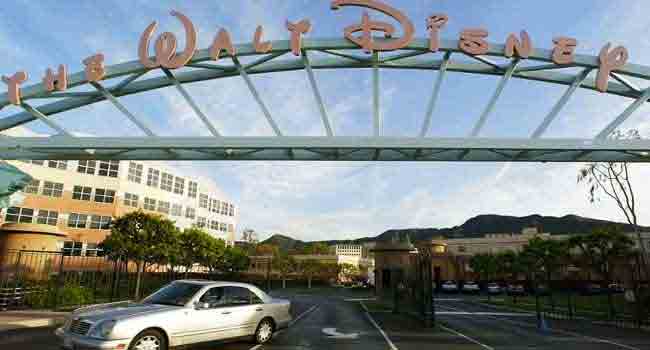 The blockbuster deal between Walt Disney Co. and 21st Century Fox could likely put US antitrust enforcers in an awkward position following the government’s challenge to another media-entertainment mega-deal.

The $52 billion deal would give Disney the prized Fox television and film studios, as well as international TV operations and US cable entertainment and regional sports channels from the empire created by media mogul Rupert Murdoch, who would maintain control of the Trump-friendly Fox News Channel.

The deal has sparked concerns about too much concentration of power, giving Disney some 40 percent of US box office revenues and a large chunk of television entertainment and sports channels.

But complicating any review is the well-known friendship and political ties between President Donald Trump and Murdoch — with the two men even discussing the transaction in a phone call.

Another twist is that the deal comes just weeks after the Trump administration’s Justice Department filed suit to block AT&T’s proposed $85 billion acquisition of Time Warner, a major media-entertainment rival and owner of Trump nemesis CNN.

Both mega-deals appear based on the premise that “legacy” media groups need changes to compete against Netflix and emerging tech firms in streaming video.

But Downes said that in suing over the AT&T deal, the government has “set an extremely low standard” for anticompetitive concerns and that “in every respect the Disney-Fox deal looks even worse.”

Downes added that “Disney has already pulled content off Netflix and they’ve made it clear they will (withhold content) for their own platforms” while gearing up for the company’s own streaming services.

“It honestly appears as if President Trump’s personal views of CNN (bad) and Fox News (good) are the key drivers behind his administration’s antitrust policy,” Greenfield said in a blog post.

The White House said Trump “congratulated” Murdoch on the deal,” while noting that “this could be a great thing for jobs.”

But analysts argued that the deal, which would reduce the number of Hollywood and television studios and result in some $2 billion in cost savings, was likely to reduce jobs.

Greenfield cited a “theoretical” competition problem from the AT&T deal but a “far more threatening consumer harm from a Disney/Fox transaction… a merger of Disney and Fox will most certainly lead to higher consumer prices, bigger and fatter video bundles, less upstart (streaming) competition and a meaningful reduction in jobs.”

Consumer activists and other have expressed similar concerns.

The Writers Guild of America West, which represents screen and television authors, called for a careful antitrust review.

“Now, this proposed merger of direct competitors will make matters even worse by substantially increasing the market power of a combined Disney-Fox corporation,” the union said.

John Simpson of the activist group Consumer Watchdog said the deal “would give far too much monopolistic power to Disney, which is known for cutthroat, hardball tactics” and “can only mean higher prices and less choice for consumers.”

But Christopher Sagers, a Cleveland-Marshall College of Law professor and senior fellow at the American Antitrust Institute, said differences between the two large deals may justify separate courses of action.

Sagers said that while AT&T-Time Warner is a “vertical” deal with no competitive overlap, the government may make a case that AT&T’s move into content could harm rivals.

Disney-Fox is a “horizontal” merger of two companies competing in the same sector, Sagers said, “but the horizontal overlaps are not that big.”

Sagers said antitrust enforcers in the past have generally found acceptable a “5-4” deal in which the number of competing firms is reduced from five to four.

He said the Justice Department is likely to approve the deal if Disney divests Fox’s regional sports networks to avoid too much concentration in a lucrative segment of the television market.

Still, any hint of political interference could be problematic for an entity that is supposed to be nonpartisan.

If the president offers a “quid pro quo” in which he would ensure approval of the deal as long as Murdoch held onto Fox News Channel, “it would be very improper,” Sagers said.

“We could consider the rule of law to have been severely abused.”