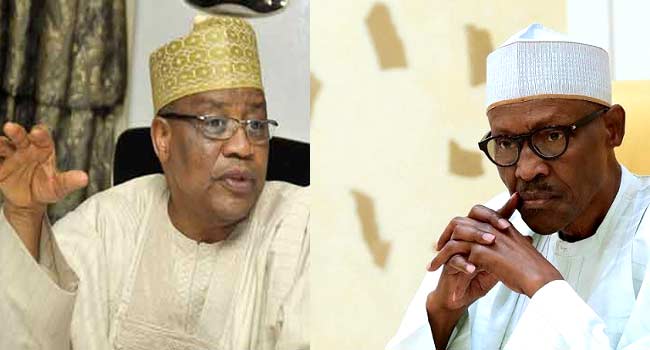 Former Military President, General Ibrahim Babangida has called on President Muhammadu Buhari to step down in 2019 to allow for a generational shift.

He, however, urges Nigerians to cooperate with the President until his tenure ends.

Babangida, in a statement issued by his media aide, Kassim Afegbua, also lamented the flow of blood in the country.

The comments of the former military ruler come two weeks after former President Olusegun Buhari advised President Buhari not to seek for a second term in office.

To Babangida, Nigeria is at a major crossroads at this moment in its history. He specifically warned that the choices Nigerians make regarding the leadership question would determine the country’s vision politically, economically, and religiously.

While regretting that Africa’s most populous nation is still in search of the right leadership to contend with the dynamics of a 21st century, the former military believes that our strength lies in our diversity.

He said, “In 2019 and beyond, we should come to a national consensus that we need new breed leadership with requisite capacity to manage our diversities and jump-start a process of launching the country on the super highway of technology-driven leadership in line with the dynamics of modern governance.

“It is short of saying enough of this analogue system. Let’s give way for digital leadership orientation with all the trappings of consultative, constructive, communicative, interactive, and utility-driven approach where everyone has a role to play in the process of enthroning accountability and transparency in governance.

“I am particularly enamored that Nigerians are becoming more and more conscious of their rights; and their ability to speak truth to power and interrogate those elected to represent them without fear of arrest and harassment. These are part of the ennobling principles of representative democracy.

“As citizens in a democracy, it is our civic responsibility to demand accountability and transparency. Our elected leaders owe us that simple but remarkable accountability creed. Whenever we criticize them, it is not that we do not like their guts; it is just that as stakeholders in the political economy of the country, we also carry certain responsibilities.”

On the spate of needless killings in some parts of the country, Babangida called for the reorientation of the herdsmen or gun-men to embrace ranching as a new and modern way to herd cattle.

He also wants the capacity of the Nigeria Police, the Nigeria Army, the Navy and Air Force to be expanded while providing the necessary security for all.

He added, “We need to catch up with modern sophistication in crime detection and crime fighting. Due to the peculiarity of our country, we must begin community policing to close the gaps that presently exist in our policing system. We cannot continue to use old methods and expect new results.

“We just have to constructively engage the people from time to time through platforms that would help them ventilate their opinions and viewpoints.”

While the next general election is just a year to go, the elder statesman hopes that citizens would take destiny in their hands to vote for a new breed of leadership.