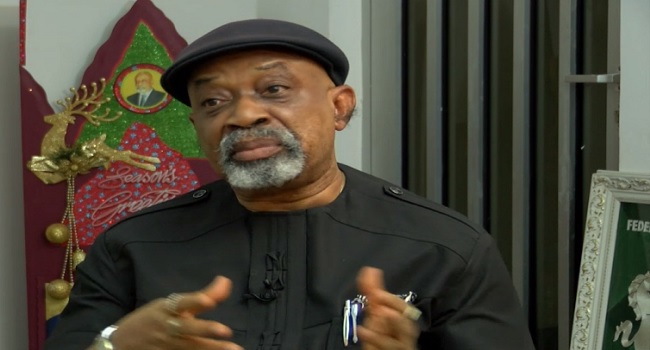 The Federal Government has set up a nine-man panel to probe the alleged looting of over N62billion at the National Social Insurance Trust Fund,(NSITF) a parastatal of the Ministry of Labour and Productivity.

The panel says it will ensure that the perpetrators are brought to book in line with the Buhari-led anti-corruption fight.

The panel is to investigate the roles played by the last chairman of the board of the NSITF, Ngozi Olejeme, the former Managing Director of the fund, Mr Munir Abubakar, the four executive directors and two directors, who served under the chairmanship of Olejeme.

The Minister of Labour and Productivity, Chris Ngige, who inaugurated the nine-man panel in Abuja hinted that the Federal Government was worried that the finances of the strategic government parastatal had been left in a mess over the years, making it possible for huge cash to be looted easily without any restraint.

The minister added that while the Economic and Financial Crimes Commission (EFCC) had commenced the prosecution of some of the persons involved in looting the agency, the nine-man panel is essentially put in place to investigate the accounting system failure that aided and abetted the diversion of the cash with a view to preventing such lapses in the future.

Government Is Committed To Resolving Disputes Through Dialogue – Wogu