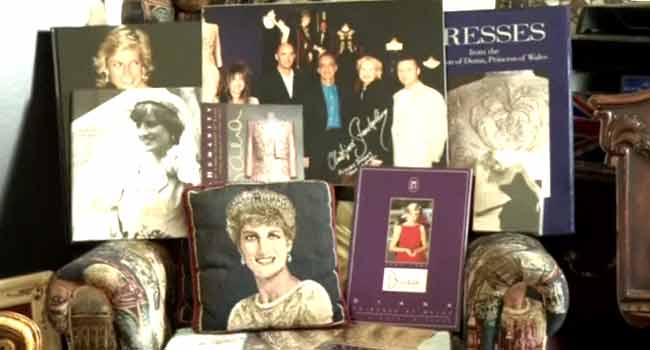 John Hoatson’s home has been turned into Princess Diana’s gallery, with everything from a wedding day portrait to a plush doll and miniature replicas of her wedding shoes.

Hoatson’s passion for all things Diana began when he was 8 and shows no signs of fading at the age of 45, with Diana’s son Prince Harry scheduled to wed retired American actress Meghan Markle on May 18 at Windsor Castle. 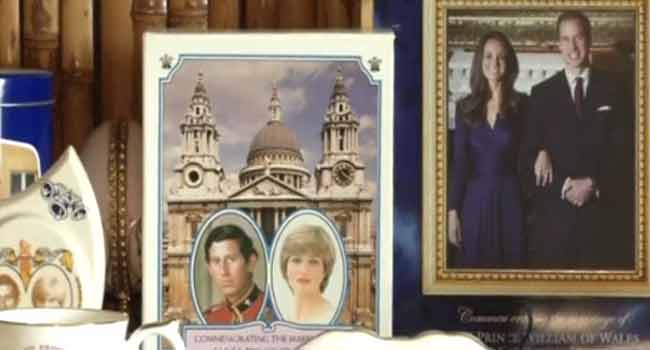 As a child, Hoatson was an American history buff, collecting antiques related to the first U.S. president, George Washington.

He became hooked on the royal family and Diana after seeing her wedding to heir-to-the-throne Prince Charles on July 29, 1981.

“My mother woke me up the morning of the royal wedding of Charles and Diana and told me I needed to watch it for historical reasons,” he told Reuters during an interview in his home surrounded by objects from his collection.

One wall in his small Pompano Beach, Florida, home is covered by a black-and-white photo of Diana gazing into the camera. A wall-covering portrait of Diana and Charles from the wedding day hangs nearby and a National Geographic documentary about her life plays on a loop on his television.

Other items include signed cards, handwritten notes to her staff, porcelain trinkets bearing the Windsor family crest, the tiny replica shoes, the plush doll in a powder blue satin dress and sparkling tiara, and coffee mugs, plates, and bowls bearing Diana’s image. He even has a bar of soap Diana used on a Caribbean vacation.

Hoatson considers his prized possession a sliver of fruitcake in its original box from the wedding day, which he acquired in 2004 from an auction house for $300.

Now, Hoatson is organizing an official watch party for Prince Harry’s nuptials and plans to begin adding mementoes from the day as soon as they become available.

Saudi Military Student Kills Three At US Navy Base