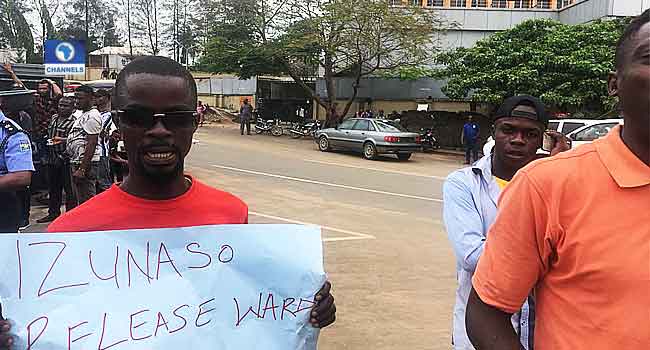 Some youths in Imo State are protesting over the alleged misconduct that occurred during the ward congress of the All Progressives Congress (APC) which took place in the state.

They took to the streets on Saturday, alleging that some congress materials had gone missing during the exercise on Saturday, May 5.

They, therefore, called on the Independent National Electoral Commission (INEC) to fix a new date for the ward congress and also ensure that the culprits are brought to book.

While some members of the party insisted that there was no congress in the state, others said the congress was successfully held despite some challenges referred to as ‘family affairs.’

Speaking to Journalists on Monday, the Secretary of the party in the state, Obioma Ireagwu, however, insisted that there was no congress held in the state. 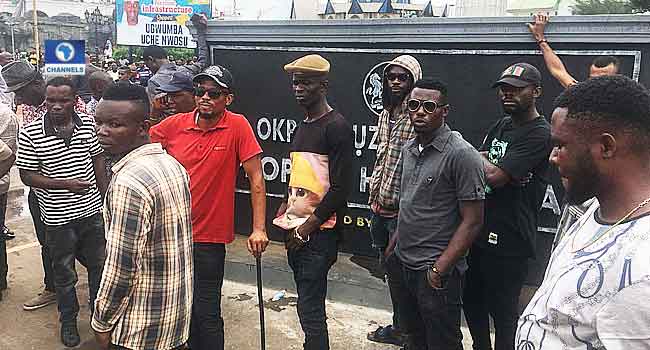 He alleged that one of the congress committee members had disappeared with election materials and therefore, called on the national body of the party to schedule a new date for the congress.

Meanwhile, the Local Government congress in the state earlier scheduled to hold today May 12, has been postponed until further notice.

The National Chairman, Chief John Odigie-Oyegun, and other members of the Party’s National Working Committee confirmed the development in Abuja on Friday, after a meeting with the Imo State Governor, Rochas Okorocha.

Oyegun noted that the development became necessary following a fire outbreak that gutted the state’s APC secretariat located along Okigwe road in Owerri, the state capital on the same day, destroying property and vital documents.

He, therefore, said a new date for the Congress will be announced in due course.